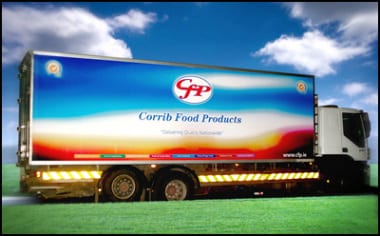 Corrib Food Products is a local success story, founded by the Lawless family in Athenry in 1979 they provide fresh and frozen poultry and other frozen foods to customers around Ireland.

Headquartered in Athenry, CFP has grown to have a fleet of 40 refrigerated vehicles delivering goods from their centres in Athenry, Cork, and West Dublin.

BWG have said CFP has annual sales in the region of €40 million; they have declined to say how much this deal was worth.

According to the Irish Times, the Lawless family will continue to operate Corrib Food Products once the sale has gone through.

BWG Foods is one of the biggest retail giants in Ireland with a hand in food services, owning major retail brands like Spar, Londis, Mace, Eurospar, and XL.

All told, it operates over 1,400 stores in Irish communities, giving it a 12% of the food market, and holding 40% of the convenience store market.

This latest deal is meant to reinforce its growing division that supplies businesses in the food industry like hotels and restaurants.

BWG Foods has annual sales itself of €100 million a year, and is looking to boost that to €150 million sooner rather than later.

To make that happen they’ve been buying up multiple businesses around Ireland this year, taking over the 4 Aces wholesale group, which serves the midlands, in January.

This has been possible because of a refinancing of BWG’s banking facilities in May that freed up €33 million in capital for acquisitions.