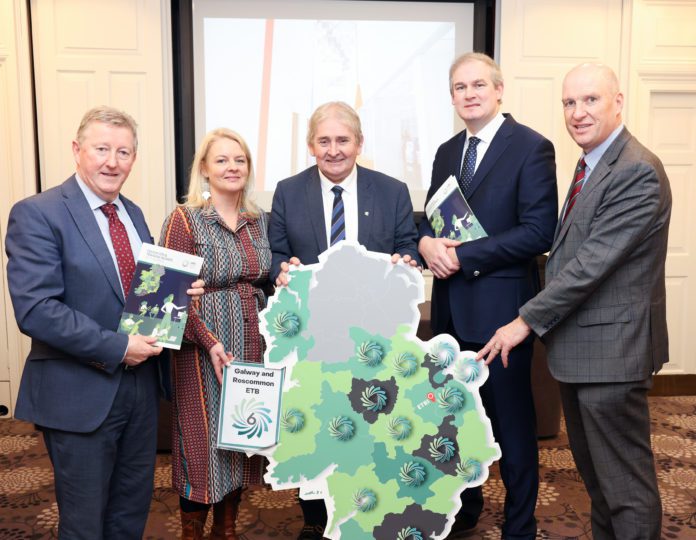 Members of the Oireachtas met with representatives from Galway and Roscommon ETB at a special briefing event to discuss how the cost-of-living crisis is impacting the education sector.

TDs heard how the current school meal scheme allowance is unrealistic and is causing the scheme to be unworkable.

Education and Training Boards Ireland (ETBI) called on the government to revise the programme, as a number of ETB schools have reported that current suppliers cannot provide the food to schools at the current rates.

There has been no revision of the allowance rates in over ten years.

David Leahy, Chief Executive of Galway and Roscommon ETB, said that with the current cost of living crisis, they are concerned for the welfare of their students and learners.

He said they want to do everything they can to ensure that the students can continue to participate fully in their education.

“We are thankful for the opportunity to be able to speak with TDs and Senators and to have our concerns listened to,” said Mr Leahy.

“From the rising cost of fuel impacting those reliant on cars and lifts from others, to the increase in costs for goods and services affecting the sustainability of the school meals scheme – there are a number of significant challenges arising from the cost of living crisis that are a source of anxiety for learners and families, and we hope that action can be taken by the government to alleviate some of these concerns.”

Paddy Lavelle, Chief Executive of Education and Training Boards Ireland, said that of the main concerns raised was the current school meals scheme.

“A substantial meal in the middle of the day is so important, not just for a child’s nutrition but for their mental and physical wellbeing as well,” he said.

“Many ETB schools across the country running the school meals scheme have reported better attendance rates and a reduction in the number of students arriving late. For some children, this may be the only hot meal they get in a day – so it is vital that we do everything we can to ensure that this scheme stays viable.

“There has been no review of the maximum rate of payment under this scheme in over a decade, and we are calling on the government for an urgent review of this.

“With rising costs across everything from fuel to food – it is not possible for suppliers to provide meals to schools at the current rates.

“This is causing issues with tendering – as suppliers are no longer applying for school meal tenders, and the suppliers in place are withdrawing from the scheme to mitigate their losses.

“Funding needs to be adjusted in line with the significant cost increases and rising inflation, so that the scheme can continue to run.”