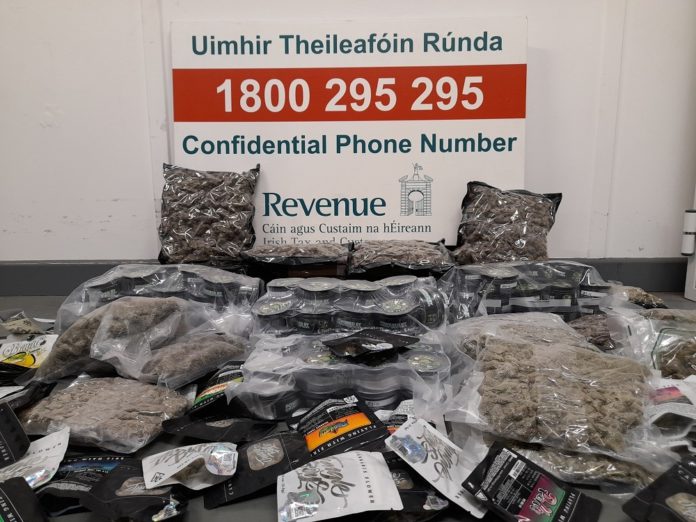 Over €100k worth of cannabis has seized by the Revenue at a mail centre, bound for multiple locations including in Galway.

Yesterday a detector dog Bailey helped uncover over 5.3kgs of herbal cannabis, almost 270grams of cannabis oil and butane honey oil and 450grams of edibles at a mail centre in Dublin.

The combined value of the drugs seized was €108,000 according to the Revenue Commissioners.

They were found concealed in 21 packages originating in the USA, the United Kingdom and Spain.

These had been marked as items such as as ‘pillows’, ‘sports shoes’, ‘custom stationary’ and ‘wine tubs’.

The packages were meant to be delivered to destinations in Galway, Dublin, Laois, Kerry and Sligo.