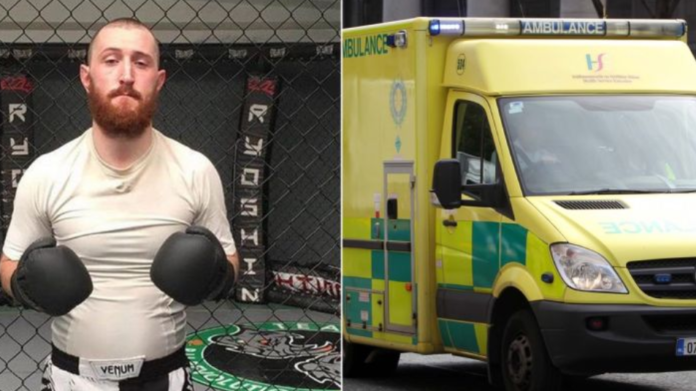 Almost €23,000 has been raised so far in a fundraiser for Galway-based MMA fighter Ian Coughlan who was paralysed in a freak accident while training for a fight.

On 31 July, Ian was training towards his goal of becoming an MMA world champion when he fell and landed on his head which left him unable to move.

Since the accident, he has been receiving treatment at Galway University Hospital, with very minor improvements.

Ian has a long road of rehabilitation ahead, but with his determination and the doctors’ advice, his family and friends are are confident they will get him back on his feet walking again.

Ian has been described as someone who would be the first person to help and care for others normally – but now he needs the help of people in Galway and across the country.

The organiser of the fundraiser wants to help Ian and his young family through this challenging time, and hopefully get Ian back on his feet.

He said that every little bit of spare change and social media shares will help Ian and his family going through this huge change in their life, and all the extra expenses they will encounter in this tough time.