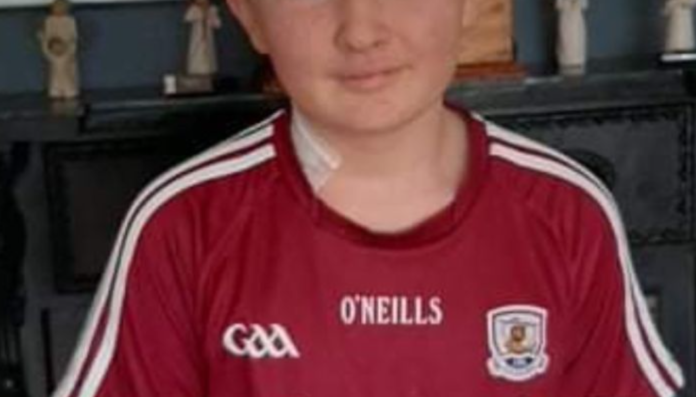 A fundraiser for an 11-year-old boy from Loughrea who was diagnosed with cancer has reached over €55,000 in donations in just over a week.

Eoin Griffin was diagnosed with a malignant nongerminomatous germ cell tumour and has already gone through an operation on his brain to reduce fluid build.

The young hurler has also bravely gone through four rounds of chemo, each one lasting a week.

Eoin was supposed to be going to Germany for proton radiotherapy – but the pandemic got in the way of the family’s plans, as Germany is not currently taking patients from Ireland.

The family are now hoping that they can instead get into the United States or Switzerland for the treatment.

The radiotherapy that he requires will last for six weeks and locals have flocked to help raise monies to help the family with the costs involved.

People are being urged to help out by donating whatever they can afford to this very worthy cause.

Click this link to go to the official GoFundMe fundraising page: https://www.gofundme.com/f/eoin-griffin-fundraiser