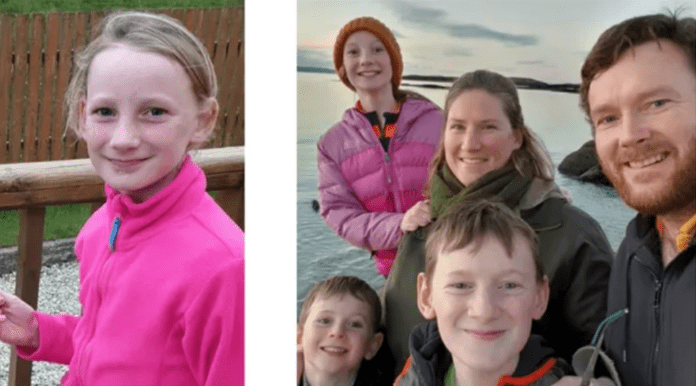 Over €25,000 has been raised in just a few days for 11-year-old Bridget Hynes from Galway, who has been diagnosed with a very rare form of bone cancer.

After slipping while kayaking last month, Bridget had an x-ray which found an anomaly above her knee, and docters then discoverd that she had Osteosarcoma – a very rare, life-threatening aggressive form of bone cancer.

Bridget has already had her first round of chemotherapy, and over the next eight to twelve months, there will be many more rounds of chemo, followed by surgery where the affected bone will be removed. Reconstruction will then begin, involving a metal implant.

Bridget is facing a lifetime of further reconstructive surgeries to her leg, and as she grows there will be a need for new implants, physiotherapy and scans.

Bridget’s parents, Paraic and Colleen, have taken time off work to look after Bridget, as well as her brothers Michael (12) and James (8).

The funds raised will go towards the daily living expenses and monthly bills of the family in this unexpected time of need.