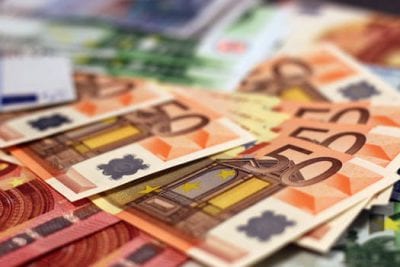 Four Galway based organisations have been awarded €66,850 for projects supporting the integration of asylum seekers into the community.

This funding is part of over €1.6 million announced by Minister for Children, Equality, Disability, Integration and Youth, Roderic O’Gorman under the International Protection Integration Fund 2022.

The Amdalah Africa Foundation, based in Galway City, has been awarded €20,000 for its ‘Talking Integration’ project.

Another €20,000 has been awarded to Croi na Gaillimhe (SVP) for their Asylum Support Service.

Le Chéile Gym, set up by migrant woman to provide free health & wellness support to refugees, will receive another €14,350.

Shining Light Galway has been awarded €12,500 for their work to support asylum seeking applicants.

Upon the announcement, Minister O’Gorman said, “The projects supported under this funding will go a long way towards integrating International Protection applicants into Irish society and breaking down barriers that exist within communities.”

“The broad range of initiatives that will now be made possible by the International Protection Integration Fund 2022 range from language and employment supports to projects aimed at combating racism and xenophobia as well as supporting health and wellbeing initiatives amongst many other exciting projects.”

“I would like to take this opportunity to commend the hard work of those in the not-for-profit sector for the work they do in supporting the needs of International Protection applicants.”

Asylum seekers in Galway will also benefit from funding for groups working in multiple counties, such as Badminton Ireland, which has been allocated €50,000 for its Integration Programme.

The Africa Solidarity Centre will receive €48,275 for its project ‘Understanding the Asylum Process’, and €36,000 has been awarded to the group Serve the City.

The Cuala Group has been awarded €39,500 for ‘The Culture Project’, the National Youth Council of Ireland will receive €49,895 for helping link young people with youth work opportunities.

LGBT Ireland will receive €38,797 for ‘Rainbow Refugees: Integration from Day
One’, and Places of Sanctuary has been allocated for €35,000 for its Schools Ambassadors project.

The final two awards that will affect people in Galway are €37,000 for the National College of Ireland: Early Learning Initiative; and €20,061 for Spirasi, which works with rehabilitating victims of torture.

In total, Minister O’Gorman announced funding for 67 projects and organisations this week, with grants of up to €50,000 available.

The creation of this fund comes from the government’s ‘A White Paper to End Direct Provision and to Establish a New International Protection Support Service’.

This puts greater emphasis on integrating asylum seekers into the community from when thy arrive in Ireland.