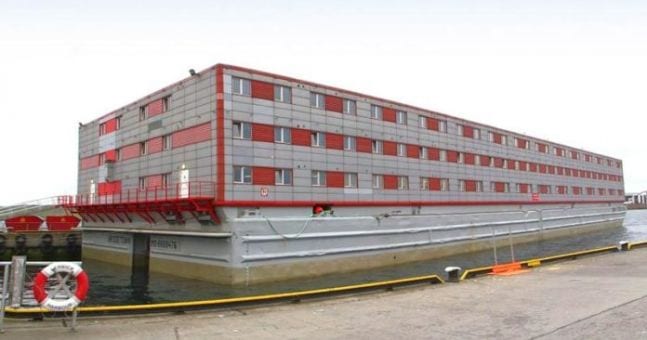 Galway Harbour Company has ruled out any possibility of a floating student accommodation in the city’s docks.

According to Galway Bay FM, harbour CEO Eamon Bradshaw said a lack of space in the inner docks was the reason for rejecting the proposal by a local property management firm in an effort to alleviate the accommodation crisis facing NUI Galway students.

Last month Winters Property said it was in talks to bring to the city two purpose-build apartment barges, with a capacity of more than 400 between them.

The company’s managing director Enda McGuane also said he was discussing the possibility of mooring at the private Mud Dock owned by Capt Sam Field-Corbett, the champion of waterside accommodation behind the Naomh Eanna restoration.

This would have been an innovative step towards a solution to the student accomodation crisis.

As some students head towards week four of the academic year, the extent of the lack of adequate student accomodation is unprecedented.

NUIG and Winters have issued appeals in previous weeks to homeowners to rent a room in their home to a student.

Galway has been hit by a 10 per cent increase in rents over the past year, according to a recent Daft.ie survey.