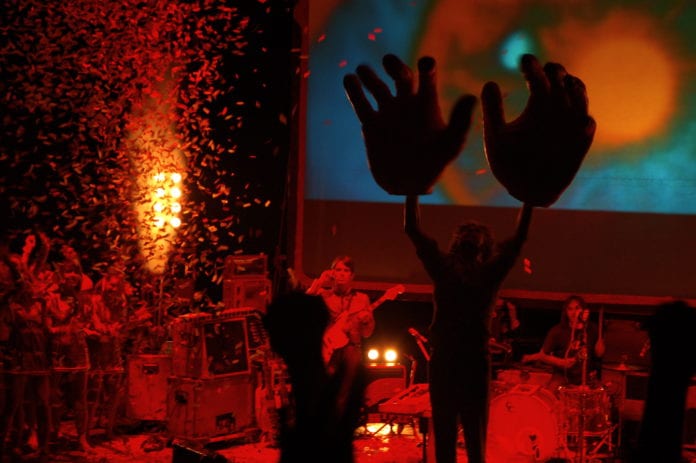 The three-time Grammy winners will join the likes of Kodaline and Walking on Cars at this year’s festival.

The rumours are true – three-time Grammy winners @theflaminglips will play the #GIAF18 Festival Big Top this summer. More info here: https://t.co/vP12IyeqMX Tickets on sale this Friday 9 March at 9am. @UlsterBank@nuigalway@wildatlanticway@TourismIreland@artscouncil_iepic.twitter.com/FcshpWGzv9

Formed in 1983 in Oklahoma, they became one of the most beloved live bands of all time, occupying a genre unto themselves, and continuing to dazzle both on record and on stage.

The Flaming Lips recorded several albums and EPs on an indie label, Restless, in the 1980s and early 1990s.

Tickets for The Flaming Lips go on sale on Friday 9 March at 9am, priced at €49.50 from www.giaf.ie and roisindubh.net