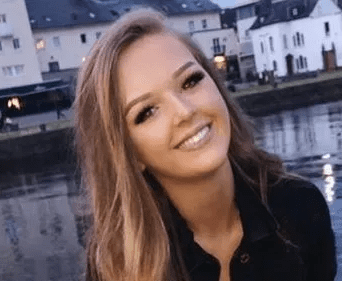 The family of Loughrea teenager Jessica Moore who died suddenly after becoming ill at her debs have warned people against a fake fundraising page trying to raise money in her name.

Jessica Moore (19), of Bullaun, Loughrea passed away suddenly in the early hours of Monday morning after taking ill at a hotel in Ballinasloe while celebrating her debs with friends from St. Raphael’s Colllege.

She was brought by ambulance to Portiuncula Hospital after telling hotel staff she felt ill, but was later pronounced dead.

Her family have said that they are experiencing “inexpressible grief” and losing the “cherished and much loved” Jessica.

Jessica’s brother Cian has issued a warning on social media about vile people who have set up a fake fundraising page in her name, pretending to be the Moore family.

“Unfortunately, it has come to our attention that some horrible people out there have set up a fake fund-raising page in Jessica’s name.”

“They are using a Facebook account that has copied my fathers. Please please spread the word that this is absolutely not us,” Cian Moore said.

“DO NOT DONATE TO THIS FRAUD. We hope that this message reaches as many people as possible before another penny is taken from honest and caring friends of Jessica.”

Jessica father Brendan also said that there is absolutely no fundraising campaign associated with them, adding that some seems to have copied his profile.

“Please do not contribute but spread the word,” he said.

Posting on Facebook, Brendan said that “My little girl is now an angel. There’s always going to be an irreplaceable hole in our lives. Rest easy Jess, you’ll never be forgotten.”

The funeral for Jessica Moore will take place at 1pm today at St. Patrick’s Church in Bullaun before she is laid to rest in the adjoining cemetery.

The fake page has since been removed. A Facebook company spokesperson said: “There is no place for fake or deceptive profiles on Facebook, and these profiles were in breach of our Community Standards. The profile in question was quickly identified as being fake by our automated systems and was removed.”