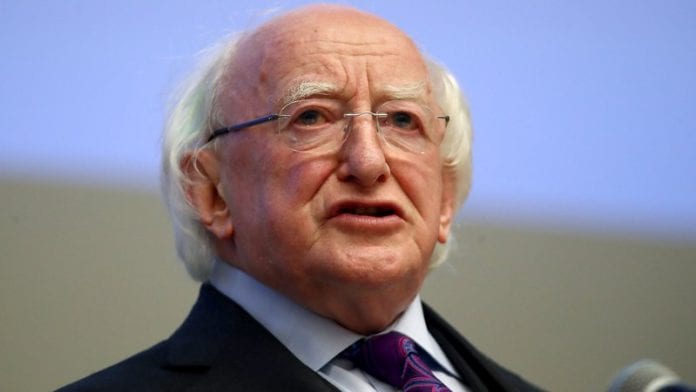 Voting has closed in the presidential election and blasphemy referendum, and exit polls are predicting that Michael D will retain the presidency by a wide margin.

The poll has also shown Peter Casey, noted in recent days for his criticism of Travellers, surging past other candidates to take second place.

An IPSOS poll conducted for the Irish Times shows Michael D well out ahead of the pack with 56% of the vote, while Peter Casey is taking significantly more than of the other candidates with 21%.

Sinn Féin candidate Liadh Ní Riadh is predicted to take just 8% of the vote, while businessman and 2011 presidential candidate Sean Gallagher will finish in fourth with 7%.

Senator Joan Freeman, founder of Pieta House, is expected to only garner a disappointing 6% of the vote, while the third dragon Gavin Duffy is looking to be dead last at just 2%.

Turnout has been low for this election. The islands went to the polls first, with a turnout of just 30% recorded in the Galway islands.

Throughout Galway on Friday, turnout struggled to rise over 25%.

If, as seems likely, Michael D is re-elected tomorrow, he and Eamon de Valera will be the only presidents to have won two terms by popular vote.

The referendum to remove the blasphemy provision from the Irish constitution also looks to have passed by a significant margin.

Polls are saying that the vote on removing it is backed by 69% of voters with the other 31% voting against the measure.

The vote was divided by generation with younger voters overwhelming choosing to remove it, while older voters weremore divided on whether to keep it in the constitution.