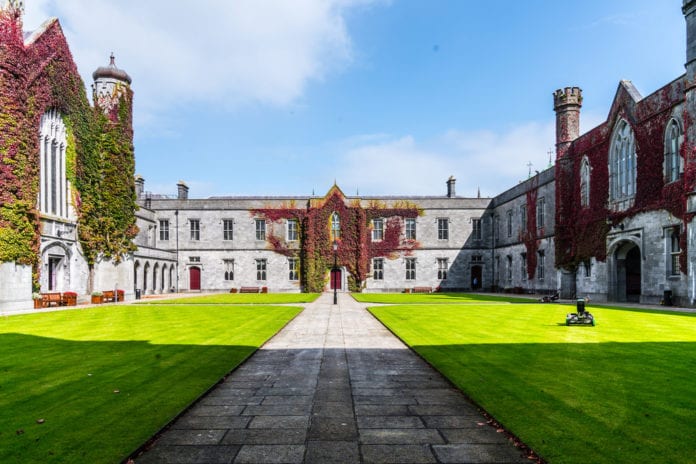 NUI Galway once again finds itself in the spotlight as a new controversy – over fees refunded to its undergraduate and graduate journalism courses – came to light in two recent Irish Times articles.

In articles published yesterday and today, the Irish Times revealed that dozens of journalism students at the college have received refunds worth hundreds of thousands of euro over several years due to shortcomings in its journalism programme.

The fees were refunded as students lodged complaints for years about the organisation, structure, and content of the journalism courses.

This comes just days after the university settled a gender discrimination lawsuit undertaken by some of its female staff.

The internet has responded with a storm of controversy, as one twitter rant from a first-year journalism student at NUIG described the major shortcomings in one of the most respected institutions in the country.

I was there along with a few others from my year as we were very unhappy with the way our first year journalism course was handled. We only wrote no more than 6-7 articles across the entire year, IN A JOURNALISM COURSE. We also received zero digital skills for our bother…

We at Galway Daily have first-hand knowledge of this story as many of us are recent graduates of NUI Galway’s 2016-17 MA in Journalism programme.

Many of our writers and editors were among those students who received a refund after a long and arduous complaints process.

Although we didn’t break the story, we now feel compelled to describe what happened – at least in our year.

During a tough year in a disorganised and poorly equipped course, we found out from previous students that numerous complaints had been made over the years but major problems were still unresolved.

We made several informal complaints and sat down with course and department heads in an attempt to fix matters.

Specifically, we had completed half the course without access to any computers or audio recording equipment – which had been advertised as a key feature of the programme.

None of our lecturers seemed to know what was going on in the course overall and there seemed to be a general lack of communication between them.

We later found out that they had never been asked to a single staff meeting.

General disorganisation and lack of communication marked the entire year, with constant scheduling mix-ups regarding class trips and one class even scheduled for Saturdays due to what should have been a foreseeable timing conflict.

Modules which were promised in the course handbook were cancelled last-minute, unavailable, or scheduled for after the end of the semester.

Most importantly, we had no module on online or digital media – a massive oversight in the modern age.

Despite the many shortcomings, we did our best to work around all of this and the course had some great lecturers.

We self-taught online tools, setting up our own blogs and websites, including this website, Galway Daily, the fastest-growing news outlet in the West of Ireland.

After filing a formal complaint with the university and appealing their original decision, the board offered us a refund of 40% of our fees.

Long-overdue changes have been made recently, however, including the appointment of a new head of journalism, Tom Felle, who promised ‘this isn’t going to happen again’.

He took the opportunity to apologise to the students concerned on the Last Word on Today FM yesterday.

“There were shortcomings here, it wasn’t good enough and the University did get it wrong,” he said.

“But I think that it’s very clear that there is, or has been, a real interest in doing journalism at NUI Galway, and I’ve been brought in now to improve the programmes.”

Responding to a question about how and why the University got it wrong, Felle said it was partly to do with funding.

“Universities are struggling right across the board for funding. Partly it was staffing, partly it was resources.

“But all of that said, the Univeristy did get it wrong and it is accepting it got it wrong and it has taken the unprecedented step of putting its hands up and giving the students their money back which I think was the right thing to do.”

He added that the students have not come away with nothing and promised that this isn’t going to happen again.

“NUI Galway have a long tradition of producing really top quality journalism graduates – they work at Today FM, they work at RTE, they work all over the world. It’s been going on for a very long time – more than thirty years.

“So we’re putting our hands up, we got it wrong, but it won’t happen again.”