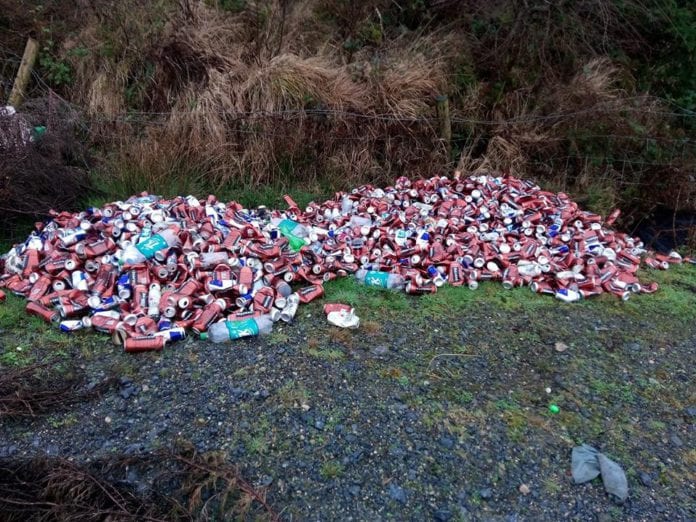 Cities, towns and villages in every county are being called upon to join the fight against illegal dumping through a new communications campaign, ‘Your Country – Your Waste’.

Launched today by Minister Eamon Ryan, the campaign is part of the 2020 Anti-Dumping Initiative and includes a tailored suite of information and awareness messaging.

“The ‘Your Country – Your Waste’ campaign delivers on a commitment made in the enforcement chapter of the recently-published Waste Action Plan for a Circular Economy,” said Minister Ryan.

“It will highlight relevant contact numbers and email addresses to help make it easy for people to report illegal dumping.

“The campaign will enhance collaboration between the public and the relevant authorities on awareness raising and in taking action.”

There has been an 11% increase in the number of calls reporting illegal dumping during the Covid 19 pandemic.

The increase in the number of reports received suggests that people do not want illegal dumping or fly tipping in their areas and are willing to assist in combatting this behaviour.

“As illegal dumping complaints are on the rise, the public are encouraged to inform Local Authorities of instances of illegal dumping activity, which can then be followed up and investigated thoroughly,” added Sean Scott, Coordinator for WERLA, Connacht Ulster Region.

“Waste services continue to operate normally during the pandemic and householders should ensure that they only use an authorised waste collector or their local civic amenity or recycling centre to dispose of household waste.”