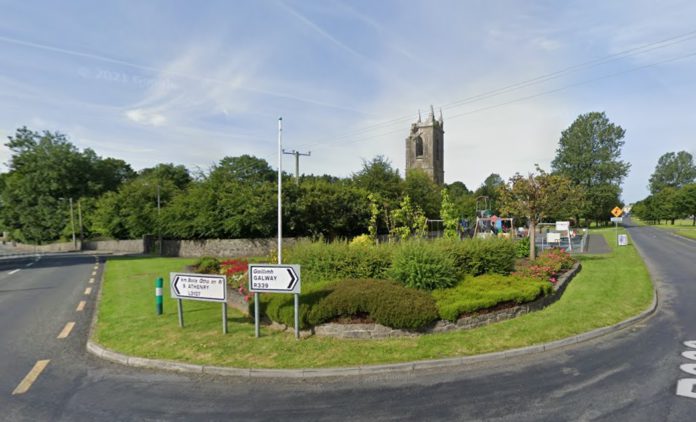 Monivea & Milltown villages were among the winners at the 2021 Supervalu Tidy Towns awards announced this morning, back after a year off from COVID.

The GLT provides a total of €5,000 in prize money each year which is distributed amongst the winners of the Large Town and Urban Centre and Village and Small Town subcategories, with a €1,000 bonus being awarded to the overall winner.

Speaking about the awards Paul Kelly, Chairman of the GLT, said “The TidyTowns competition acknowledges on a national stage the diligent and persistent efforts of local community-based groups in tackling the issue of litter in their localities.”

“I am delighted to see Monivea TidyTowns’ hard work rewarded with the Village and Small Town award as well as being crowned overall winners of the GLT award.”

“I hope that their work will inspire others to get involved in anti-litter initiatives within their own communities going forward.”

Monivea’s efforts to tackle gum litter in their village included erecting litter awareness signs at places such as the playground and forest walks, as well as running competitions in local schools.

The local tidy towns group thanked everyone involved for their efforts such that, despite “limited numbers” and difficulties from COVID, as well as “the destruction of the CE scheme”, they achieved this victory.

Also in Galway, Milltown Tidy Towns received a gold medal award for area with an population of 200 – 1,000 people.

Abbey and Galway City Centre were both awarded silver medals in the respective population categories.

Milltown was also chosen as the overall county winner for Galway, receiving a €1,000 prize, and Abbey was “highly commended”.

The Endeavor Award, going to the area in each county with the greatest improvement in its score, went to Tuam in Galway, which saw a 5.94% increase on its 2019 score.

Among the other special awards, Oranmore Tidy Towns is the joint winner of the €5,000 Royal Institute of the Architects of Ireland award, and Kinvara won the €1,000 Leave No Trace prize.

Ennis, Co. Clare was announced as the overall winner of the 2021 Supervalu Tidy Towns Awards