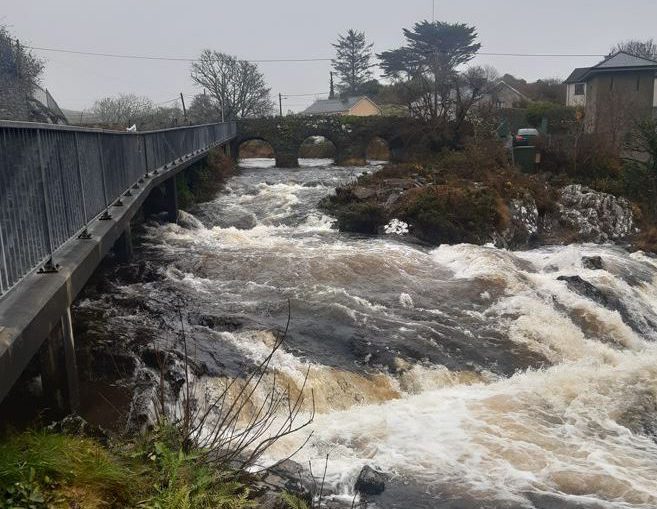 Plans have progressed for the development of the Clifden Flood Relief Scheme, with the appointment of engineers to develop the plan.

They have been appointed to progress both the Engineering and Environmental elements of the scheme, which is currently at its first stage.

Clifden was hit by devastating flooding in September of 2020, where torrential rain caused the Owenglin River to rise and cause catastrophic flooding in town.

Many homes had to be evacuated in a hurry as the unprecedented rapid onset of the flooding caught everyone by surprise.

Some relief works have already been progressed in the area. A contractor was appointed last January to carry out storm water diversion works on the Low Road.

The full Flood Relief Scheme shall comprise of up to five stages, as follows: