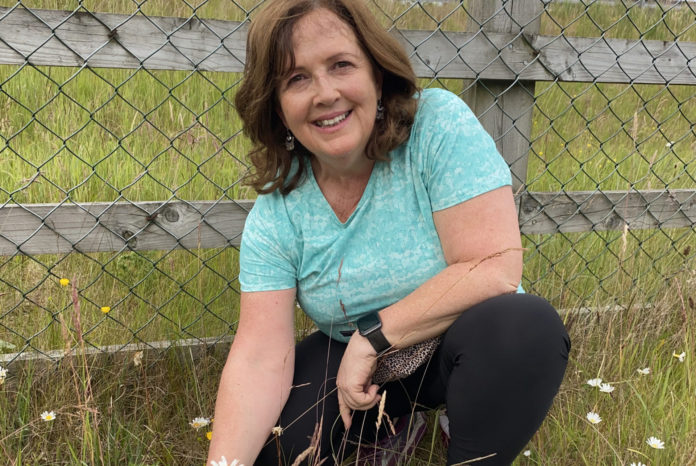 A Galway County Councillor has called for more areas to be designated as pollination zones in Ballinasloe to promote biodiversity.

Cllr Evelyn Parsons called for a review of grass-cutting contracts in the area, looking at the timing and frequency of cuts, and allowing grass verges and grassy banks to be managed to promote pollination.

Cllr Parsons said that this must be done while ensuring appropriate playing areas, public safety and road visibility at all times.

“Public safety and road visibility is of paramount importance as well as ensuring adequate mowed green areas for children to play out during the summer,” she said.

“With those two prerequisites I’ve called for more areas to be identified, mapped and designated Pollination Zones within Ballinasloe and this would involve in many instances doing less and allowing some wild meadows, grassy banks and road verges to self seed with native wildflowers and flora.”

Cllr Parsons said that we are in the middle of a biodiversity crisis and these measures are crucial to provide essential feeding and nesting areas for our bees, other insects and wildlife.

One third of Ireland’s bee species is threatened with extinction, Cllr Parsons said, adding that this is because we have drastically reduced the amount of flowers and safe nesting sites in our landscapes.

“The loss of pollinators affects our crops, our agri-food, our farmers incomes, our wildlife, our wider economy and nature’s imbalances affects our environment and health as we have seen dramatically during this pandemic,” she added.

Cllr Parsons proposed that landscaping contracts throughout the county be looked at in GCC to identify more measures which can be instituted in line with the All Ireland Pollinator Plan including looking at herbicide and chemical use. Staff training is now being rolled out  on promoting pollination.