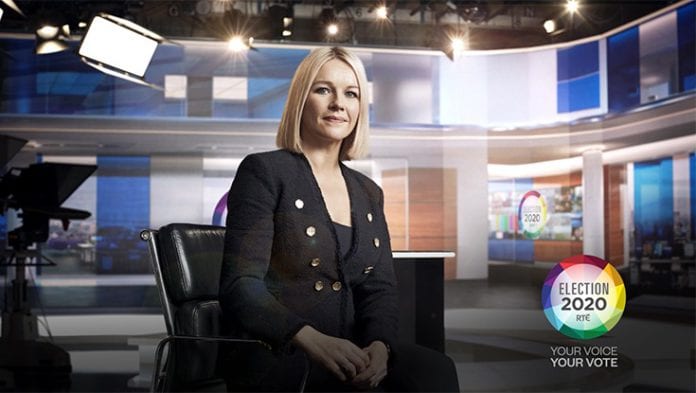 The largest election debate will take place in Galway next week as seven party leaders will be broadcast live from the stage at NUIG.

The evening will be hosted by RTÉ’s Claire Byrne next Monday night, with questions from her and the audience of 300 people chosen by RED C Research polling company.

President of NUIG Ciarán Ó hÓgartaigh said they were delighted to bring this to Galway, noting that the university is “for the public good, belonging to the people and for society”.

“The University is 175 this year, and our city is European Capital of Culture, so it’s fitting that the leaders of our country’s parties will meet here to outline their visions for the future of the nation.”

“We look forward to welcoming them to the West at this important moment of decision-making in our nation’s history.”

This is the second time a major leaders debate has been broadcast outside of Dublin, following on from one which took place at the University of Limerick in 2016.

Pat Kenny moderated the event on Vigin Media Television, where Leo Varadkar said that he would be open to entering into a coalition with Fianna Fáil.

Micheál Martin didn’t address that at the time, but has since ruled out such a coalition, saying that people want a change of government.

Both party leaders have said that they would like to partner with Labour or the Green Party, but would not consider sharing power with Sinn Féin.

Speaking ahead of next Monday’s debate Claire Byrne said she is looking forward to bringing the process to Galway, and wants voters to get a clear picture of what each party is offering.

“We’ll be teasing out the key policies with the seven leaders with the sole aim of giving voters the information they need before they head to the polling booth on February 8”.

Sinn Féin have been been highly critical of RTÉ’s decision to confine the final leaders debate to just Fianna Fáil and Fine Gael, issuing a legal letter to the broadcaster calling on them to reverse that decision.