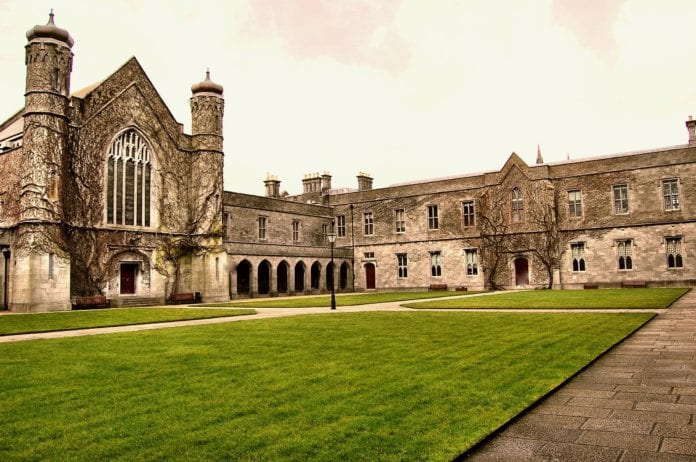 The European Investment Bank will provide €60 million towards development of the NUI Galway campus.

The first ever loan to the university from Europe’s long-term lending institution, agreed in Galway earlier today, will finance construction of campus developments including new student residences and a new building for the College of Medicine, Nursing and Health Sciences.

At the signing, Dr Jim Browne, President of NUI Galway said: “The University is nearing the conclusion of a ten year capital development plan, which has transformed our campus.

“While philanthropic and State funding have enabled much of this expansion, the support from EIB will assist in the completion of our new Human Biology Building, which will transform the learning environment for our health science students, as well as the development of new campus student accommodation.

“Construction of new residences for 430 students is well underway, and at a time when there are such significant issues nationally with supply of housing, we are looking forward to having this increased capacity during the next academic year.

“Irish universities are recognised around the world for both their academic and research renown, and enjoyable student experience.

“The European Investment Bank is committed to ensuring that world-class third level institutions across Ireland can build on these strengths in the years ahead.

“This follows successful cooperation between the EIB and all Irish universities and EUR 1.2 billion support for Irish education investment in recent years.” said Andrew McDowell.

Following agreement for the new financing for NUI Galway the EIB will have supported campus investment at all seven members of the Irish Universities Association. Over the last decade the EIB has provided EUR 1.2 billion for education investment across Ireland, including EUR 675 million for investment in third level education in the country.