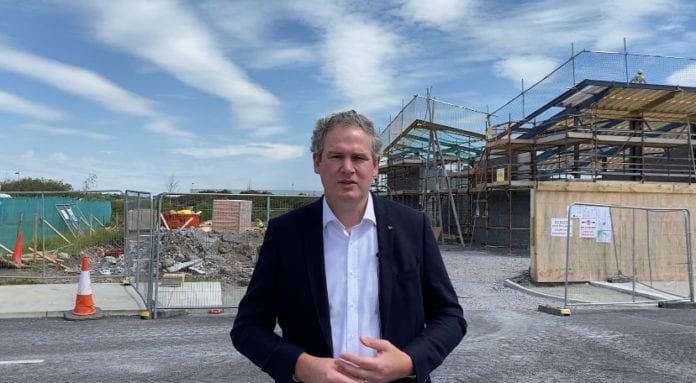 Irish education in Galway City has gotten a a piece of good new this week with €820,000 in funding approved for an Irish Language centre in Knocknacarra.

Galway Senator and Minister of State for the Irish Language Seán Kyne approved funding this week for the centre at Gaelscoil Mhic Amhlaigh in Knocknacarra, one of the largest gaelscoils in the country,

“Gaelscoil Mhic Amhlaigh, which started in 1993 with 20 pupils, is a great example of the demand for education through Irish in this area,” Seán Kyne said.

He added that the Irish language centre will be a “great resource” for both gaelgeoirs and the wider community.

“It will include a new Naíonra for the community as well as facilities for use by a wide range of Irish Language organisations”.

Arás Mhic Amhlaigh, as the centre will called, will provide 15 new jobs to go with the 35 already employed by the gaelscoil.

It will cater for over 70 preschool children, and up to 200 kids will be able to use its pre/after school services through Irish.

Work had already begun on the facility before the government funding announcement today thanks to monies raised locally.

“I congratulate the committee for their work in guiding this project,” Senator Kyne added.

“I’m delighted to see progress on the new centre which will, without doubt, support and encourage our national language in Knocknacarra, Barna and Galway City.