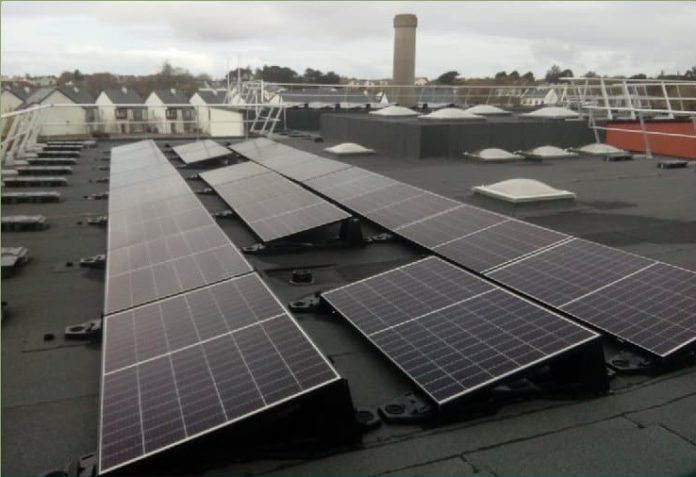 Scoil Chuimsitheach Chiaráin in Connemara will save almost half of their previous energy bills after energy efficiency retrofit works.

The secondary school in An Cheathru Rua went from a C3 Building Energy Rating to a B2 due to works which were part of the 2020 Schools Energy Retrofit Pathfinder programme.

Scoil Chuimsitheach Chiaráin was one of seven schools chosen for the pilot programme, which would see them undergo extensive upgrades to improve the energy performance of the building.

After a wide range of improvements, the Carraroe school is now expected to save 48% on its energy bills, and cut its carbon dioxide emissions by 52%.

The upgrades, at a value of up to €10m, targeted energy efficiency improvements and included upgrades to doors and windows, insulation, lighting and heating upgrades as well as renewable technologies.

Education Minister Norma Foley said, “It is enormously heartening to see that the schools selected for this programme are reaping the benefits and improving the energy efficiency of their buildings.”

“The feedback from both pupils and staff is very positive, highlighting the benefits of a more comfortable teaching and learning environment.”

To further cut down on electricity usage, a new LED lighting system was installed, and the older oil fired boilers were replaced with a high-efficiency LPG condensing boiler system. Radiators, pipework and control systems were also replaced.

Along with cutting down on how much electricity and heat the school requires, solar panels were installed on the roof of the school to generate green electricity.

Minister for the Environment Eamon Ryan said that the programme had delivered very positive results for schools.

“Not only is it delivering significant energy savings and emission reductions, it is improving the comfort levels and learning environment for our children.”

“The programme is also building expertise so we can roll this out on a much larger scale to more schools in the coming years”.

Now in its fifth year, the pilot programme has retrofitted 39 schools across Ireland to date, and six further schools have been chosen for retrofit works in 2021.