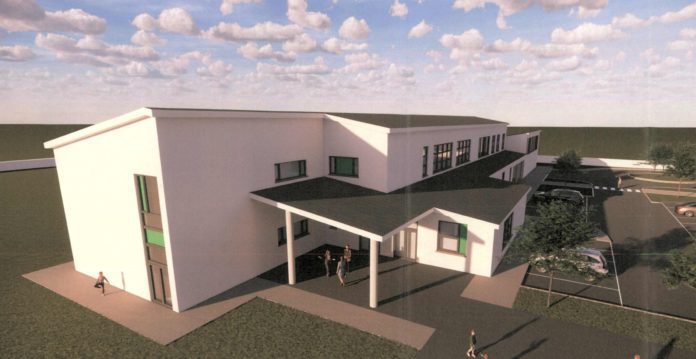 Work is due to begin on the construction of a new Bullaun National School before long, with the appointment of a contractor for the project.

Galway East TD Ciarán Cannon said that the Minister for Education has confirmed the appointment of Coolsivna Construction for the project.

The Mountbellew based construction company has previous history with a number of school construction and extension projects in Galway.

When completed the new school building will have eight classrooms for primary level students in the east Galway village.

Deputy Cannon said that this was very positive news for the community in Bullaun.

“This is fantastic news for the board of management and the who school community, the parents, the teachers, and most of all the young people of Bullaun.”

He thanked the BoM and Bullaun National School principal Fergal Connaire “all of whom have been working so hard over the last number of years” on this project.