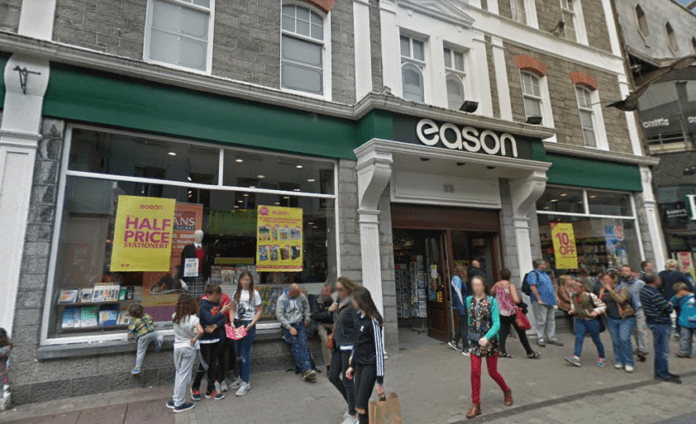 The well known Eason building on Shop Street in the heart of Galway is on the market for €8 million.

The property is being put on sale by Eason in a scheme that will see them lease it back for the next 25 years as part of a larger sell of the company’s property assets in Ireland.

The Irish Times reports that the books and stationary retailer will pay €525,000 a year in rent for the continued use of the building to operate as normal.

Eason has called the building at 33 Shop Street home for the past 30 years, one of just three branches in Galway.

The retailer is selling 13 properties around Ireland, a mix of retail out lets such as its flagship store on O’Connell Street and other investment properties.

The sell-off is expected to generate €60 million in revenue, of which €20 million will be transferred to a new independent retail unit.

The remainder of the windfall will be distributed to the 220 odd shareholders in the company.

Commercial property agents Bannon are handling the sale, which comes with a guarantee from Easons Operations Ltd to cover 10 years of rent.

The total valuation of Eason’s property portfolio is somewhere in the region of €90 million euro,

This has resulted in the Eason Group being “significantly overcapitalised” relative to the needs of its retail business, which is why so much of that portfolio is being liquidated.

One of the largest stores on Shop Street, Eason was renovated in 2013 to create an open plan retail are on the ground floor.