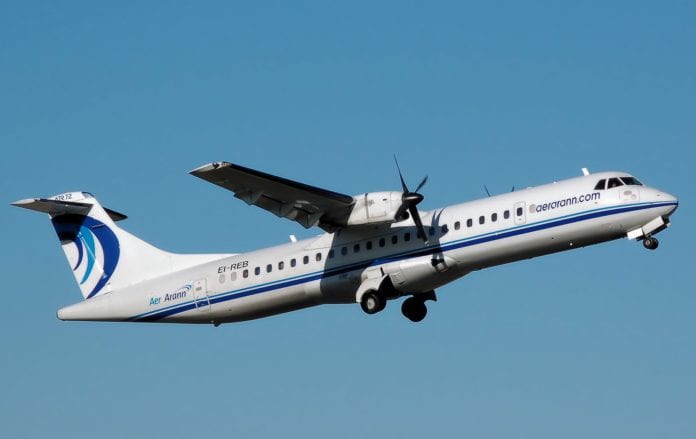 The Aran Islands are set to benefit from a new €4.9 million air service contract which will last until 2026.

For the first time, Inis Meáin and Inis Oírr will have their own direct service under the new contract with Aer Arann.

The four-year contract will begin on Tuesday 7 June, and will ensure a vital connection to the mainland for island communities while also making a significant contribution to tourism.

Making the announcement, Minister Humphreys said that the contract provides reassurance to the people of the Aran Islands.

She said that it ensures that they have access to a reliable and affordable air service from Connemara Airport all year round.

Minister Humphreys added that this is good news for the people of these islands, and sends out a strong message at the start of the tourist season.

“There’s no better way to spend a summer holiday than on the Aran Islands or any of the offshore islands,” she said.

Over 68,000 PSO seats will be provided each year to the three Aran Islands under this contract which will be run from Connemara Airport, which has been in State ownership since 2019.

The contract will also introduce a flexible scheduling scheme that will enable the airline to better respond to demands for local services, such as festivals and events on the islands.