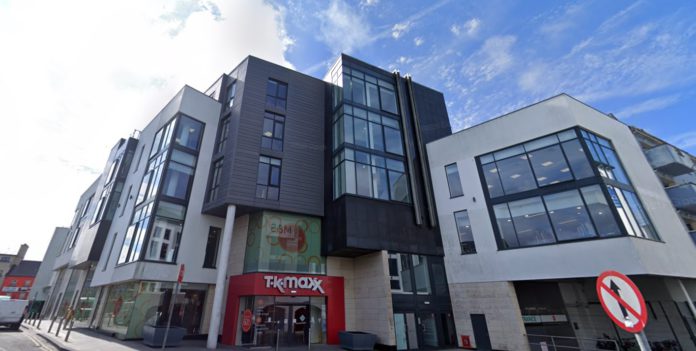 An appeal has been lodged against the rejection of plans to convert apartments in Galway City Centre to hotel use.

Cornacloy Property Holdings Limited seeks to convert 17 apartments in the CityPoint building on prospect hill to an apart-hotel.

Galway City Council rejected that application in February, saying that “unacceptable” for the apartments to be converted to short term tourist accommodation.

Converting the apartments to hotel usage would “reduce the supply and availability of long term accommodation in the city”, where there is a high demand, the council’s decision said.

An appeal against the council’s decision has now been lodged with An Bord Pleanála, which is due to rule on the case by July 6 this year.

The appeal argues that tourism accommodation would be “wholly appropriate in this specific location”, as the site is in a major tourist hub.

“There is limited, if any other existing long-term residential development within this area of the city centre, surrounding Eyre Square”.

The appeal also states that it is intended that the proposed development will be linked to an existing hotel in the area, and function alongside it.

It argues that converting these apartments to hotel use would “enhance the resilience” of the city centre, and would be a more appropriate use than they currently have.