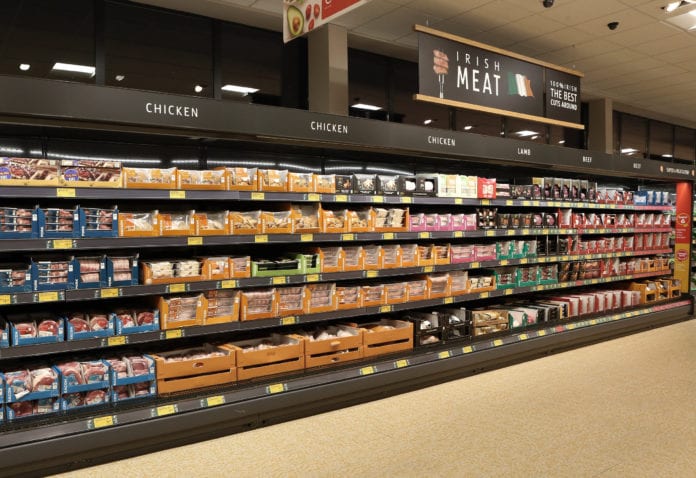 A decision is due this week on whether an Aldi store in Tuam will be granted planning permission.

The new Aldi would be built on the site of Glynn’s Homevalue on the Ballygaddy road in Tuam.

To make way for the 1,816sq metre store Aldi plan to demolish a timber yard and warehouse on the site.

According to the plans submitted to the county council the store would have a car park with 97 spaces.

An objection to Aldi’s plans has been submitted by the Retail Grocery Dairy & Allied Trades Association which represents independent and family owned stores.

Their submission states that such a large scale project placed placed where it is “represents a significant threat to the vitality and viability of the town centre”.

Having such superstore on an “edge of centre” location in Tuam will hurt the goal of revitalising retail in the Town Centre laid out in the Local Area Plan the RGDATA claims.

Concerns were also expressed that there is not enough parking including in the design, which could cause a traffic hazard on the Ballygaddy road.

Guidelines in the Local Area Plan would suggest that a development of this scale should have 152 parking spaces.

A traffic assessment carried out on behalf of Aldi said that this was excessive and that 97 spaces was sufficient considering the location and looking at the situation in other Aldi stores.

A report by McCarthy, Keville, O’Sullivan Planning and Environmental consultants said the development “will contribute to the generation of more jobs by providing employment in the town of Tuam.”

The report also says that this store will further the economic development of Tuam, identified as hub town in the county development plan.

A retail assessment of the store’s potential estimated that by 2023 people living within the catchment area of this store will spend €32 million a year on convenience goods.

Galway county council is due to make a decision on Aldi’s planning application by February 16.