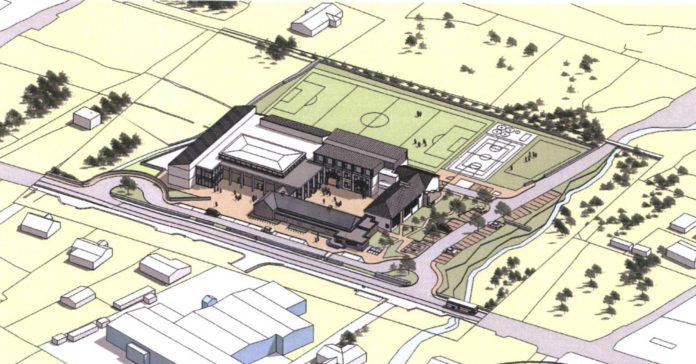 A decision is due from the county council this week on plans for a major expansion of a secondary school in Connemara.

The GRETB is seeking planning permission for a two and three storey extension to Colaiste Cholmcille, located between Spiddal and Inverin.

The extension will comprise a central multi-functional social space located to the rear of the original school building, along with a proposed community hall, and central courtyard/social space.

A two storey wing of classrooms will wrap around the community hall and courtyard at a right angle, rising to three storeys where it

In April, the county council sought clarification from the GRETB on the capacity of the new wastewater treatment system to handle the expected growth in enrollment, and community usage of the school facilities.

The buildings currently on the site consist of the original 1955 school, along with two extensions added in 1995 and 2013.

A design statement for the project says that the new development respects the “scale and gravitas” of the original school.

There are also multiple prefab units in use, which will now be replaced by a permanent extension.

Two ancillary buildings on the site which date back to the 50s will also be demolished to make way for the new wing.

Other works in the project will involve creating new site entrances and internal roadway.

A car park with 45 spaces, along with a set down area, bicycles stands, and a ball court will also be built on site.

A decision is due from Galway County Council on this planning application this Thursday, July 14.