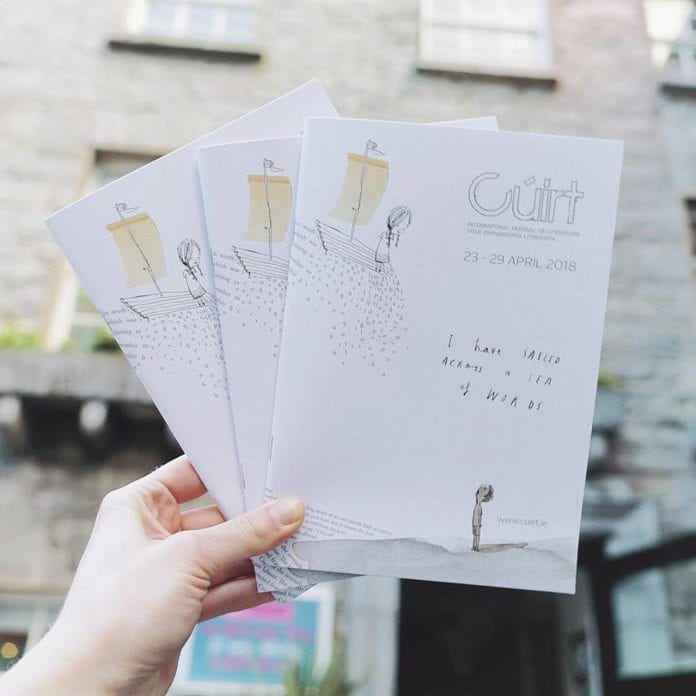 Last night saw the successful launch of this year’s programme for the 33rd Cúirt International Festival of Literature at the House Hotel in Galway city.

The event was well-attended, with members of the Galway Arts Council and various arts organisations represented alongside the city’s many writers.

A packed house – as well as free food and wine – contributed to the celebratory atmosphere as the programme was introduced by programme director Dr. Emily Cullen and poet and playwright Vincent Woods.

Dr. Cullen commented: “Thirty-three successive years is a formidable history for any literary festival. And indeed, Cúirt is one of the oldest literary festivals in Europe. I have the honour of presenting to you this evening this year’s festival programme, which I have carefully and lovingly cultivated, with an eye to diversity and hopes of appealing to a broad audience.

“…This festival arises from the tradition of a gathering of like-minded people who share a love of literature, ideas, and debate, such as yourselves. Part of my role as programme director is to find ways to distribute the joy that resides in diverse literary traditions and in our own individual reading experiences…in our digitally saturated world, we are all seeking connection with other readers, with other writers, with great books (which remain our sovereign spaces of enjoyment) and with fresh perspectives. The festival programme this year – and into the future – aims to celebrate and amplify these joyful moments of connection.”

Guest speaker and poet Vincent Woods then described the programme in greater detail.

The diverse range of events include music, songwriting, theatre, and storytelling as well as poetry and prose readings.

“I have sailed across a sea of words”, reads the cover of the programme. This coming April, it seems, we all will.

This year’s festival will run from 23-29 April, with an official opening at 6pm on Wednesday April 25 at the Hotel Meyrick in Eyre Square.