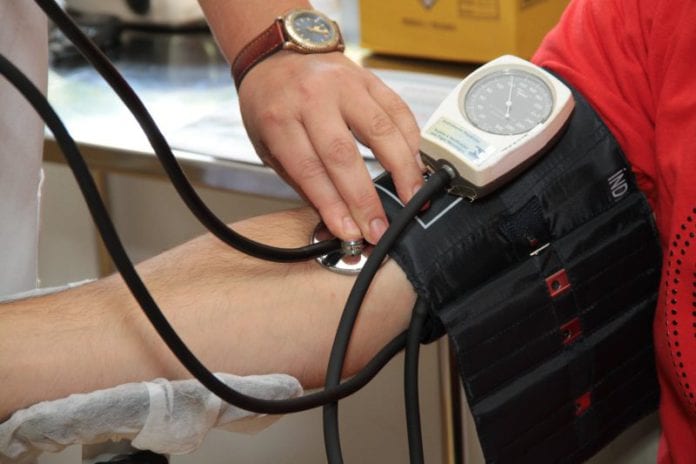 September is World Heart Month and Croí Heart and Stroke charity are asking the people of Galway to ‘Make Your Heart a Promise’ to look after their blood pressure.

President of the World Heart Federation Professor David Wood joined Croí in Galway this week to support their efforts to help people understand how important managing blood pressure is to heart health.

Research conducted by Croí found that 43% of people in the West of Ireland had blood pressure above the recommended target of 140/90mmHg.

Of those who suffered from high blood pressure, 70% didn’t know what the recommended level for a healthy heart and brain was.

Half of those asked hadn’t heard the term ‘hypertension’, and most worryingly, many believed that a person would be able to tell if they had high blood pressure without getting it tested.

“These findings revealed a poor knowledge and awareness of blood pressure and its importance for heart and brain health among those already diagnosed with high blood pressure which is worrying.”

“High blood pressure is estimated to be responsible for at least 25% of heart attacks in Europe and is the leading cause of death worldwide. Our aim for the month of September is to screen over  1,000 people across the West of Ireland for high blood pressure.”

Croí is a charity group tackling heart disease and stroke here in the West of Ireland based out Croí House on Moyola Lane in Newcastle.

In support of the World Heart Federation’s ‘My Heart Your Heart’ campaign, Croí are asking people in Galway to make their own commitment to eat more healthily, make an effort to get active, and avoid smoking.

Over the month of September, Croí will be offering free blood pressure checks across Galway working with local community partners.

The checks will available at the following dates and places: