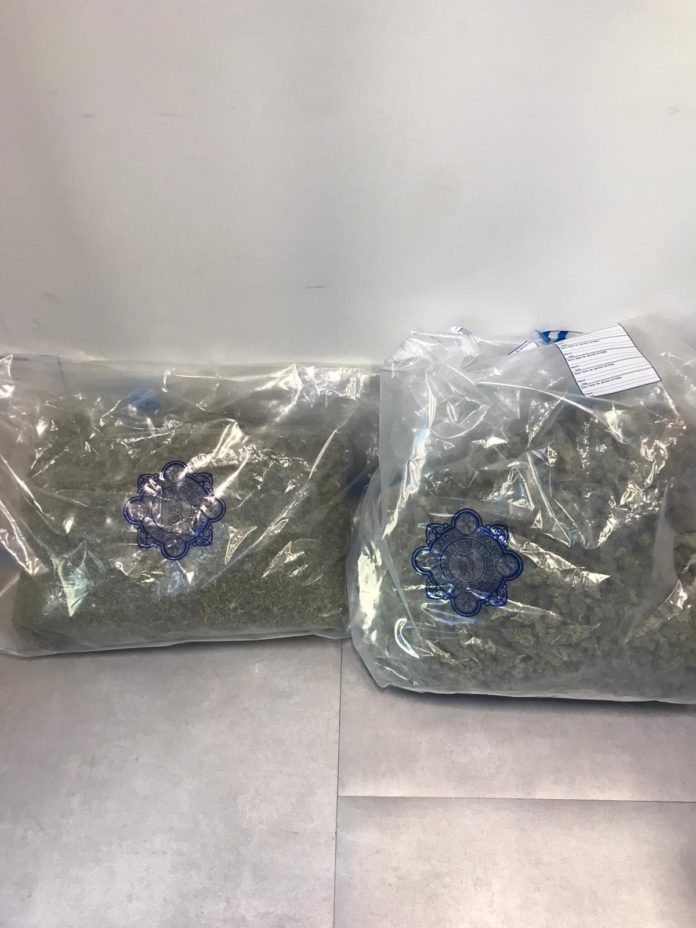 Two men have been arrested in connection withbthe seizure of €100,000 worth of cannabis in Galway City.

On Friday Gardai stopped and searched a vehicle in the Rahoon area of the city as part of Operation Tara.

During the course of the search, €40,000 of suspected cannabis was found in the vehicle.

A follow up search was carried out at a house in the city, where another €60,000 worth of cannabis was found.

Two men in their 20’s were arrested in connection with the seizures.

Both were detained under the provisions of Section 2 of the Criminal Justice (Drug Trafficking) Act, 1996 at the North Western Regional HQ, Galway.

One male has since been released without charge and a file is being prepared for the Director of Public Prosecutions.

The second man has been charged and is due to appear before Galway District Court today at 2pm.

Assistance was provided by the Galway Divisional Drugs unit in the course of the operation.