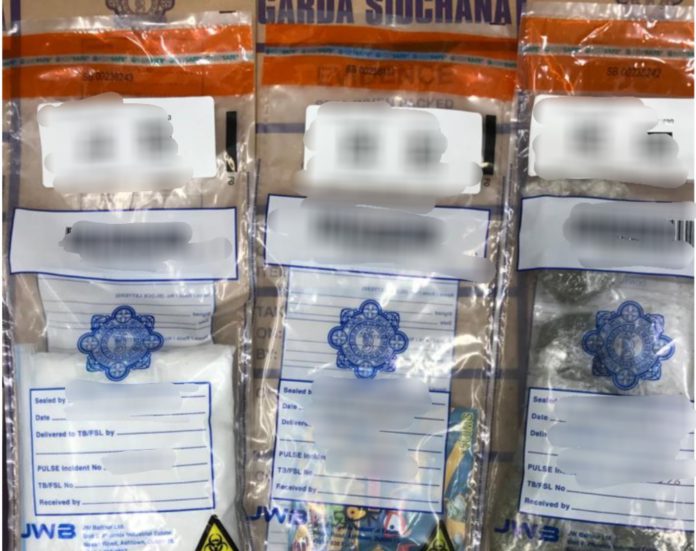 Gardaí seized €18,000 worth of cocaine and cannabis, and arrested two men, after a vehicle search near Loughrea on Thursday.

Gardaí stopped a vehicle travelling on the M6 near Loughrea shortly before 7.30pm on Thursday evening.

During a follow up search of the vehicle at North Western Regional Garda Headquarters in Murrough, Gardaí seized a significant quantity of drugs.

Two men, one in his late 30s and another in his early 20s, were arrested and detained at North Western Regional Headquarters under the provisions of Section 2 of the of the Drug trafficking Act 1996.

They have since been released without charge pending a file to the Director of Public Prosecutions.