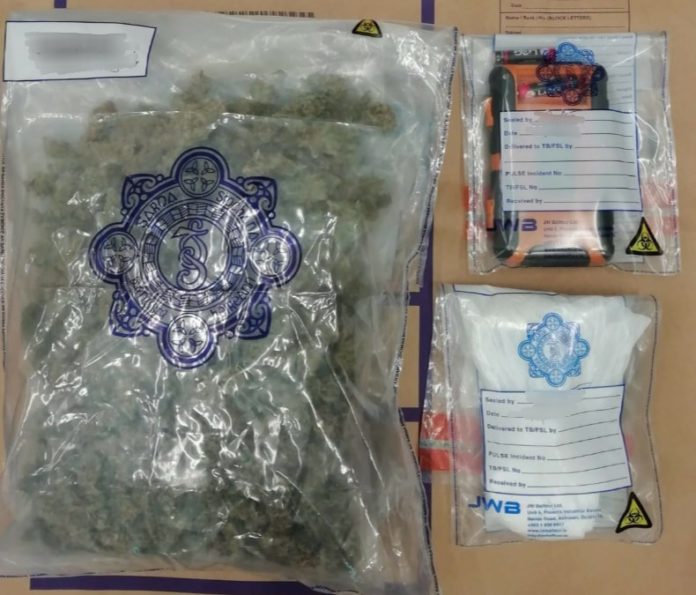 Over €17,000 in drugs and cash was seized by Gardaí during a raid on a house in Connemara last week.

The seizure came after Gardaí from the Divisional Drugs Unit searched a house in the Renvyle area under warrant on Thursday, September 3.

Gardaí also found and seized €3,400 in cash during the search of the house.

A man in his mid-20s as arrested and detained at North Western Regional Headquarters in Galway in connection with the seizure.

He has since been released without charge pending a file to the Director of Public Prosecutions.