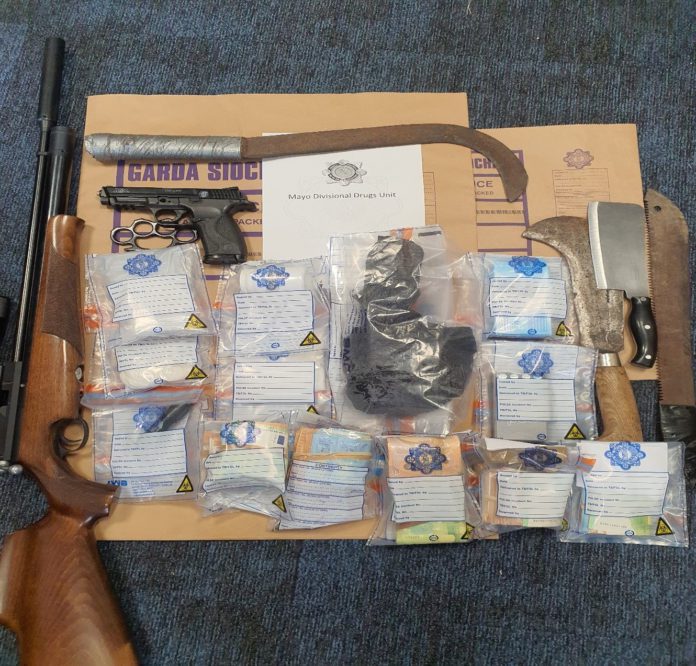 One man was arrested with the seizure of over €56,000 in cash & drugs, along with weapons including knives and fake guns on Monday.

Gardaí in Mayo searched a number of properties in Castlebar, Co Mayo on Monday, as part of ongoing investigations.

During the searches, they seized €48,000 in cash along with quantities of cocaine and cannabis worth in excess of €9,000, pending analysis.

Other drugs paraphernalia and electronic devices were also seized in the search, as were multiple weapons.

One male, aged in his 40s, was arrested as part of this investigation. He is currently detained for questioning at Castlebar Garda Station under Section 4 of the Criminal Justice Act, 1984.

Gardaí say that the drugs and items will be sent for analysis, and that the investigation is ongoing.