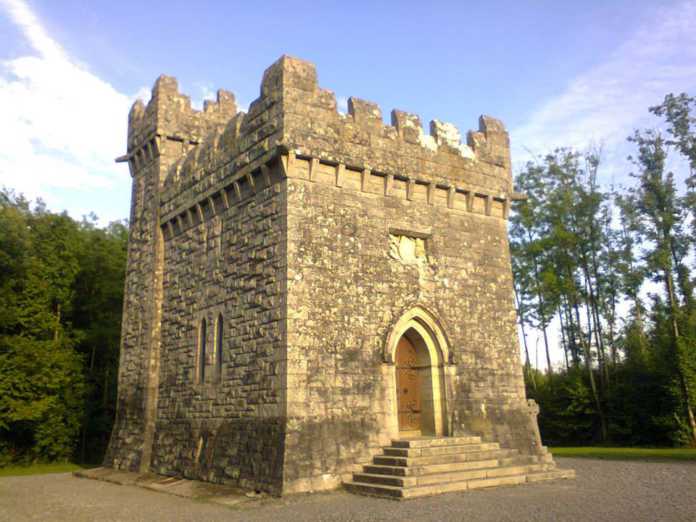 The historic 19th century Mausoleum in Monivea Woods was recently the victim of serious vandalism that saw broken windows and extensive damage to the tabernacle.

Councillor Albert Dolan said that “serious damage” was done after people broke in, and that the tabernacle was “destroyed” by the vandals.

Gardaí believe that the vandalism of the Mausoleum took place on a date between October 18 and 26.

The damage recorded includes two broken stained glass windows, a broken finger on a statue, and damage to the tabernacle.

Cllr Dolan said that the Mausoleum is part of local history, and that he was upset and “disgusted” that people would do “everlasting” damage to a protected structure.

He added that it’s not acceptable for people to feel that they could do something like this, and that he hopes the people responsible are caught.

“It was only at the weekend that Discover Galway posted saying ‘come to Monivea, visit Monivea, look at how beautiful out village and our woods are’. I hope we never see something like this again.”

The Ffrench Mausoleum was commissioned in 1896 by Kathleen Percy for her father Robert, a Victorian diplomat, and built in a Gothic revival style from Wicklow Granite.

The mausoleum is listed as a Protected Structure, and “unfortunately, it wasn’t protected,” Cllr Dolan remarked.

Local Gardaí are appealing to anyone who may have information in connection with this incident to contact them at Monivea Garda Station on 091 849 002.