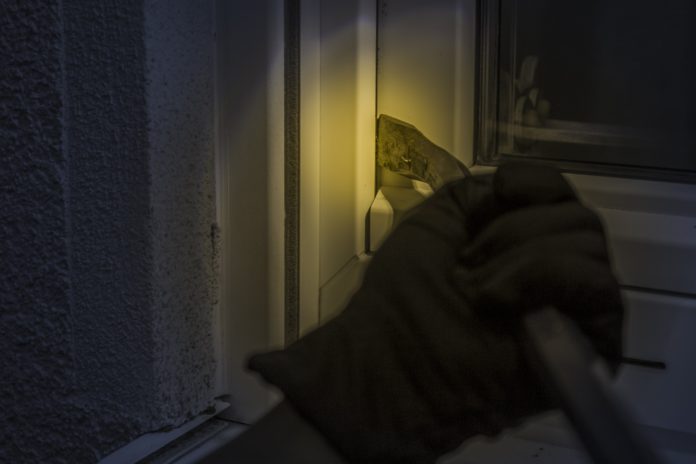 Gardaí are warning of a greater risk of burglaries during the long hours of darkness in the winter months, advising people to secure their homes.

Gardaí continue to advise people to ‘close the door on burglars’ as analysis show that approximately one third of all burglaries are through the front door with most burglars using their own body to gain entry.

Making sure that you’ve locked up your home is also important, as one in five burglars gain access through an unsecured window or door.

During the winter months, nearly half of all burglaries occur between 5pm and 11pm at night, with the longer darkness providing greater opportunities for burglars.

Gardaí are also warning homeowners to beware of ‘bogus callers’, with an increase in this type of fraud this year.

There have been increased reports of conmen impersonating Gardaí and calling to people’s houses.

They will try things like requesting to check cash held by the injured party as a result of an increase in counterfeit cash circulating in the area, or that the need to check the security of the house due to a spate of burglaries.

“An Garda Síochána will not cold call to a house and request to do either of these,” a Garda statement said.

“An Garda Síochána wish to remind the public that any Garda member calling to your door will have identification.”

“Should you have any concerns about the person at the door, you should not answer the door even if they are purporting to be a Garda.”

“Genuine Gardaí will always provide details to allow you to confirm their identity with the local Garda Station and will be patient while you choose to so.”

Some simple steps can help protect your home, so whether you are at home or going out remember:

• Turn on some lights, LED bulbs are more energy efficient than traditional bulbs.
• Use timer switches/ motion detectors/ smart lights to turn on lights via phone
• Use motion detector/sensor lights outside, make sure they cover the door and not just the area near the door.
• Lock all doors and windows as part of your regular routine
• Use an alarm – get it serviced and ensure battery pack is working
• Store keys away from windows
• Don’t keep large amounts of cash or jewellery in the house

Based on an analysis of burglaries from January to October 2022, jewellery and cash remain the most common objects stolen.
Speaking today, Sergeant Graham Kavanagh of the Garda National Crime Prevention Unit stated, “Burglaries traditionally rise during the longer winter nights.”

“As the days get shorter, simple steps have been proven to deter burglars, such as using an alarm, using timer switches to turn on lights, storing keys away from windows and letterboxes as well as having a lock up routine for all doors and windows.”