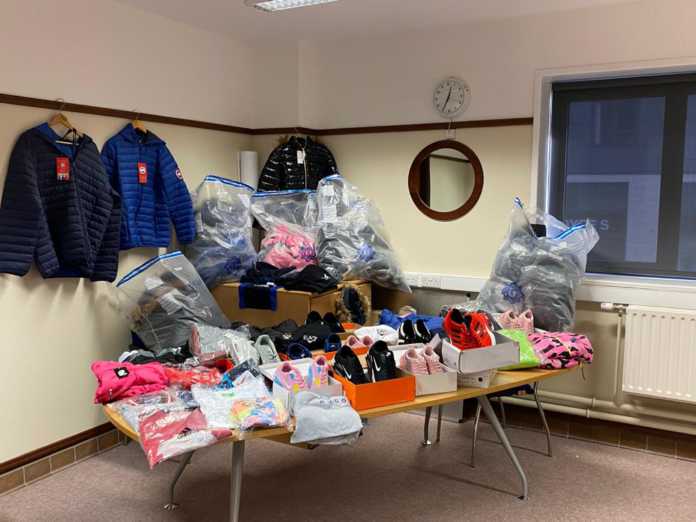 Gardaí in Tuam have seized approximately €80,000 worth of suspected counterfeit clothes and shoes

Shortly before 8pm on Wednesday December 2 Gardaí attached to the Crime Unit in Tuam Garda Station carried out a search of a house in Tuam as part of an Intelligence lead operation.

During the search suspected counterfeit clothes and footwear were found in a number of rooms in the house.

Gardaí found 150 pairs of suspected counterfeit shoes among other clothing.

The items seized are estimated to have resulted in the loss of €80,000 in revenue to the clothing and footwear companies involved.

Gardaí also found evidence that these goods were being sold and distributed in Ireland. Some items were packed and ready for postage.

Currently no arrests have been made and enquiries are ongoing.

Gardaí are reminding people that there can be health risks associated with counterfeit clothes, such as the possibility that they may not be flame retardant.