Gardai have seized €45,000 worth of suspected cocaine following an operation in Ballinasloe on Sunday, and arrested one juvenile.

As part of Operation Tara, Gardai attached to Ballinasloe Garda Station conducted an intelligence led operation in the Dunlo Harbour area of the town on Sunday.

During the course of this operation a quantity of suspected cocaine, estimated to be worth €45,000 concealed on derelict grounds was seized. 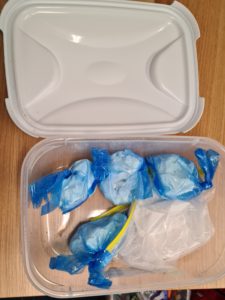 A male in his mid-teens was arrested at the scene and detained at Ballinasloe Garda Station on Sunday.

He has since been released with a file being prepared for the Garda Youth Diversion Office.

Operation Tara is an enhanced national anti-drugs strategy, which aims to disrupt and prosecute drug trafficking networks at local, national, and international levels.