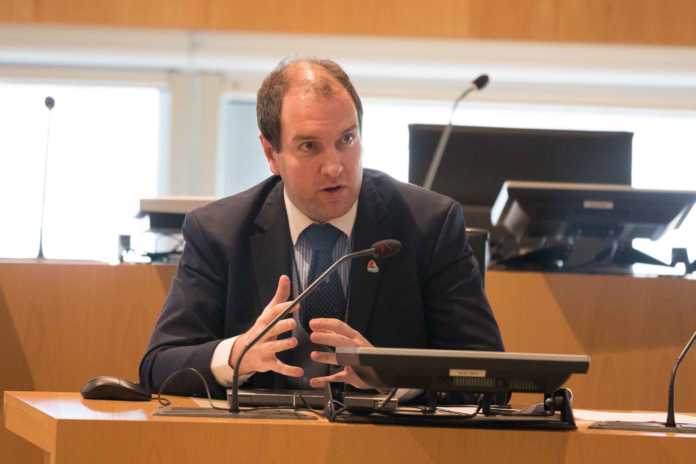 Cathaoirleach of Galway County Council James Charity has said the decision of Government to seal the records into the treatment of women and children in mother and baby homes is plain and simply wrong.

Councillor Charity said that there has been a failure of “multiple organs of state, including our own Local Authority” to address the wrongs done in the Tuam Mother and Baby Home.

“It is therefore incumbent upon me to express my disappointment at the decision of Government in the last week to pass legislation which will have the effect of sealing records for a period of 30 years and make it clear this action is not supported by me as Cathaoirleach. It is simply wrong.”

The database created by the Commission will also be transferred to Tusla, the Child and Family

The bill was passed with the full support of all three government parties, passing a Dáil vote 78 – 67, with all but two non-government TDs voting against it.

On Sunday, the bill was signed into law by President Higgins, despite urgings from opposition figure to refer it to his Council of State, with the office of the president saying that the bill did not raise any constitutional issues suitable to refer it to the advisory body.

Councillor Charity said that there is “no credibility at all” to attempts to pin the blame for sealing the records on the 2004 legislation creating the commissions of inquiry, which he says could have been addressed via an amendment to this bill.

“Instead, the Minister flatly refused to hear any amendments or debate on its content and he was supported by every TD and Senator in the Government parties who willingly facilitated further injustices being visited upon the survivors.”

“Sealing records for a period of 30 years, whether intentional or by consequence, means that an objective bystander might well harbour concerns of certain aspects of this period of history being withheld and that in itself is a very serious issue,” James Charity said.

The bill raises serious issues about the ability of survivors of Mother and Baby Homes to get access to their own personal records, he added.

“The sealing of the records needs to be over-turned as a matter of priority lest this go down as yet another shameful period in our history.”
image credit: James Charity via Facebook