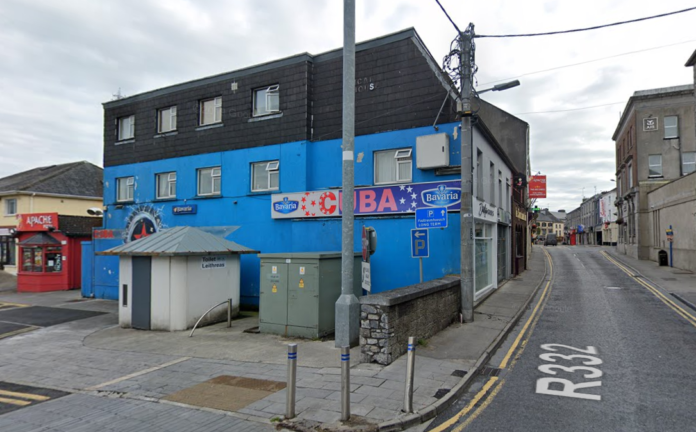 Galway County Council has approved plans to replace a former bar and nightclub in Tuam with with a modern new apartment building.

P&C Investments Ltd has been granted planning permission to knock part of the former Sportman’s Inn bar and lounge, as well as part of the attached Cuba nightclub.

In its place, the developer intends to build a four storey apartment building, containing eight apartments, with access from the Circular Road.

Planning permission for the development was granted by the County Council with a total of 14 conditions attached.

A qualified archaeologist must be employed to monitor all ground works on site, and report on any archaeological material found.

The front bar area of the former Sportsman’s Inn on the ground flood will not be demolished, but instead converted to a commercial unit.

It is also proposed to add a second storey extension to this area, to use an an apartment along with the converted first floor.

The two shops next to the former pub would be amalgamated into one larger retail unit under the plans, and alterations will be made to the apartments on the upper floors.

The new four storey apartment building was redesigned after the council raised issues with its bulk and density.

The council had requested that the top floor, containing two apartments, be removed entirely.

But revised plans were instead submitted removing part of the floor, with the remainder not visible from Vicar street. This would allow it to keep the apartments, now reduced to one-bedroom units.