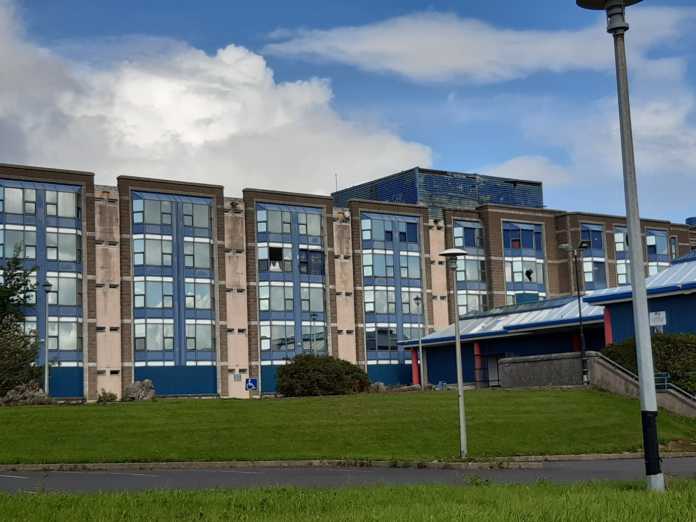 The derelict Corrib Great Southern hotel should be acquired with a compulsory purchase order to make way for publicly owned student housing on the site, Galway PBP have argued.

Preliminary works preparing for the demolition of the former Corrib Great Southern, which has been derelict and becoming more and more dilapidated for almost fifteen years, began at the end of August.

Adrian Curran of PBP Galway said that it is good to hear that the long derelict hotel is finally to be knocked after years as a “bone of contention” for the city, but that it is a long way from being useful ground.

“The recent news that the Comers are finally commencing demolition of the building has been met with great enthusiasm from TDs and councillors, however there is still no prospect of anything useful being done with the site in the foreseeable future.”

“It has taken many years and a lot of public pressure for the owners to even begin demolition. With no plans in place, it seems highly unlikely the site will be brought into use that is beneficial for the community any time soon.”

In the many years it has been left empty, the Corrib Great Southern has been a thorn in the side of locals; frequently a site of anti-social behaviour, and multiple fires, it has been called out as an ugly scar on the way into Galway.

In the past, the billionaire Comer Brothers, who own the site, have said that they intend to use it for apartments and student accommodation.

Curran said that with the “dire housing crisis” in Galway, the site should be acquired via CPO for publicly owned student accommodation.

“Its proximity to GMIT and the extreme difficulty students are having this year finding accommodation in Galway make this the obvious best use of the site.”