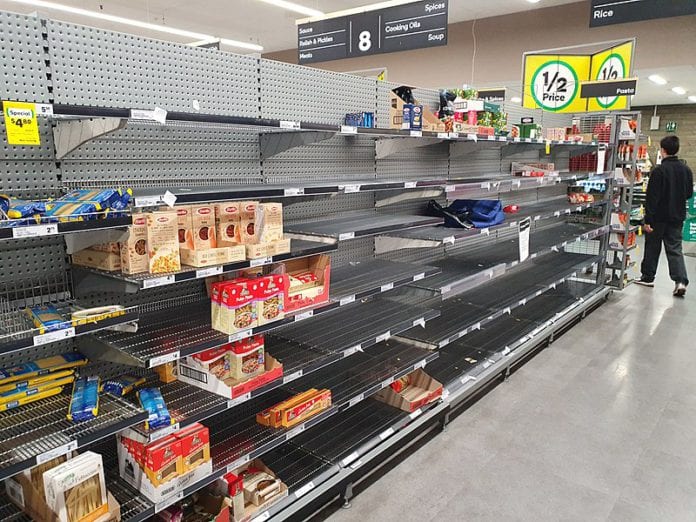 There is no threat to the continuity of supply in local supermarket during this crisis, Retail Excellence Ireland has said.

As a result, there is no need for people to panic-buy, as shelves will be restocked each day.

That’s according to Minister Ciaran Cannon, who said the industry is well prepared for the current situation having planned for a hard Brexit.

This comes after some members of the community were seen buying excessive amounts of certain products.

He said it is particularly unnecessary given that Ireland produces enough food each year to feed around 50 million people.

“I welcome the concerted effort being undertaken across society to combat the spread of the coronavirus and I laud the leadership being given by community leaders such as the Bishop of Clonfert in cancelling all religious services until the end of this month”.

“This shows that there is a united front and clear recognition of the threat posed to the public health and the most important thing people can do now, apart from following the advice issued by the HSE is to remain calm”.

“As we speak, bread is being baked, eggs are being laid, cows are being milked.

“Empty shelves are being restocked each evening and that restocking will continue for the coming months.”