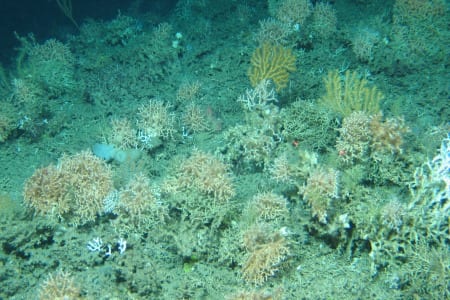 Voyages of exploration might be confined to historical fiction in many minds, but there are many corners of the world that are still being uncovered to this day.

Marine scientists on an expedition led by Galway’s Marine Institute have completed the final leg of a three year project mapping and exploring underseas reefs in Irish waters.

The Marine Institute’s RV Celtic Explorer played host to a research expedition made up of scientists from NUIG, the National Parks and Wildlife Service, and Plymouth University in the US.

They ploughed the waves on a 21 day expedition investigating sensitive deep-sea habitats at the outer extent of the continental shelf off the southwest of Ireland. 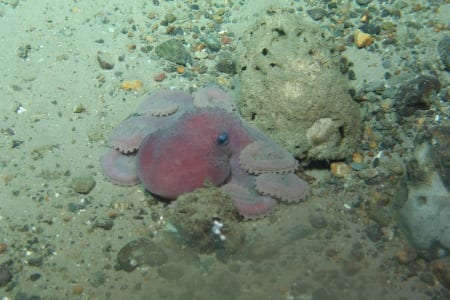 This expedition was the final voyage of a three year project called SeaRover (Sensitive Ecosystem Assessment and ROV Exploration of Reef).

It was led by Galway’s Marine Institute and INFOMAR, the national seabed mapping programme.

The SeaRover surveys began in 2017, and in the time it has been operational, mapped 154 separate location with highly significant deep water habitats of coral reefs.

Yvonne Leahy, Chief Scientist on the survey from the NPWS said that sensitive reef habitats like these make up fragile ecosystems that attract a variety of marine species such as sea pens, sponges, fish and crustaceans.

“Surveying these habitats enables us to better understand Ireland’s deep sea territory so that we can protect and monitor our marine biodiversity and sustainably manage Ireland’s marine resources effectively,” she added.

The survey utilised the Marine Institute’s Remotely Operated Vehicle, ROV Holland 1 to capture high-definition footage of reef habitats up to 3000 m deep, and to recover biological and sediment samples from 52 locations along the continental margin.

The first SeaRover Survey in 2017 included the discovery of the deepest known occurrence of the cold-water coral Solenosmilia variabilis, which formed reefs up to 1,600m deep.

In 2018 the team discovered a rare shark nursery, 200 miles west of Ireland, filming a large number of egg cases on the sea bed at depths of up to 750m and a large school of blackmouth catshark.

The same voyage also recorded a large number of coral varieties seen in Irish waters for the first time. 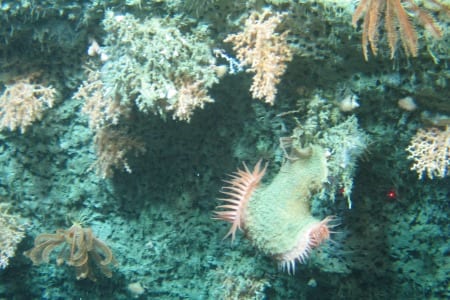 All told the SeaRover project involved a combined 63 days at sea, recorded 332 hours of high-definition video from the seafloor, almost 14 days of footage, and has undertaken detailed studies of 350 km of seabed along a shelf extent of nearly 2500 km.

The surveys have explored 154 different locations along Ireland’s continental margin, including the Rockall and Porcupine Banks, the Goban Spur and the Whittard Canyon.

On this latest survey scientists from NUIG and Plymouth gathered a range of biological samples to enable further research into population genetics studies, ecological modelling, and the harvesting of sponges for potential novel compounds for use in bio-medical applications.

“After three years, the survey team has created an extensive data set which represents one of the most comprehensive assessments of Ireland’s marine biodiversity,” said Leonie O’Dowd, Marine Institute Section Manager.

The SeaRover project was commissioned and jointly funded by the Irish Government and the EU’s European Maritime and Fisheries Fund.

Its hoped that the data it gathered will be used to help information government policy and industry practice in the marine industry in Ireland.