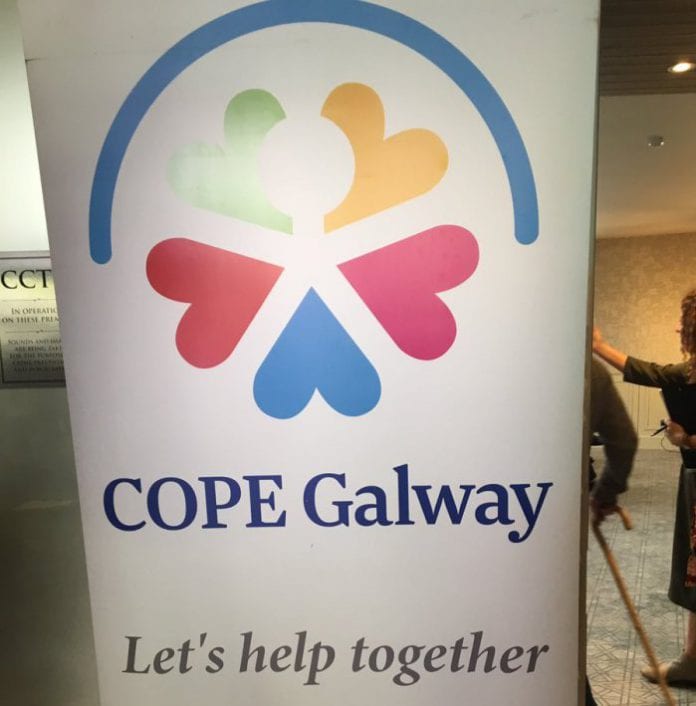 The latest report from COPE Galway shows that 285 women with 441 children involved with domestic abuse couldn’t be accommodated at a shelter last year.

Women and children are also being forced to stay longer in abusive households because of the housing crisis making it harder to find somewhere else to stay.

COPE worked with a total of 339 women who had experienced domestic abuse last year.

COPE runs the only 24-hour refuge for women experiencing domestic abuse, as well as a specialised children’s service.

In 2017 the number of women seeking the help of COPE’s domestic abuse services went up from 314 to 339, the number of outreach appointments also surged by 17%.

Jackie Carroll of COPE’s domestic abuse service says its time to stop asking questions like ‘why doesn’t she leave?’.

“With unprecedented movement towards women’s rights and equality happening worldwide, let’s really begin to show how much we support our sisters, mothers, daughters, friends and colleagues who are in abusive relationships – let’s change that question.”

“Let’s stop blaming the woman and expecting her to find solutions when she is living under stress and tyranny and instead let’s begin to ask, ‘Why does he do it?’ or ‘How does he keep getting away with it?’.” she said.

The number of people making use of COPE’s homelessness services also saw a massive increase of 44% last year.

More than twice as many families came to COPE Galway for help last year compared with 2016. A total of 164 families were placed in emergency accommodation last year, up from 65 in 2016.

This period also saw families stuck in emergency accommodation for longer because there aren’t enough private rental properties, or affordable ones.

695 single people availed of COPE’s homelessness services in 2017, jumping nearly 60% from the year before.

Just 39 single people moved on from COPE’s emergency and transitional housing services last year, while another 44 moved onto a combination of transitional and supporting accommodation.