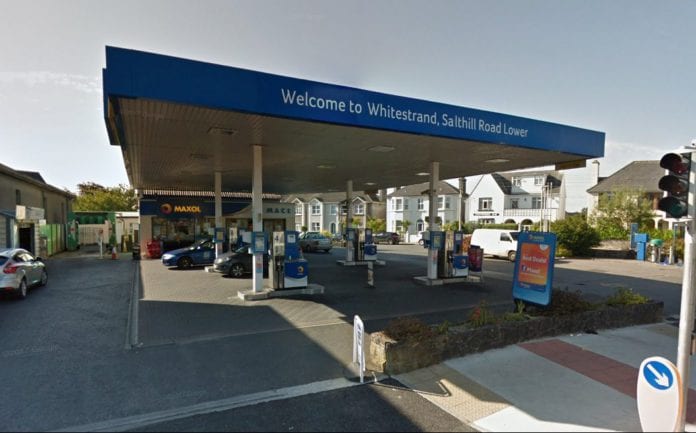 Permission has been granted for a controversial expansion to the Maxol filling station in Whitestrand over local objections.

Maxol Ltd sought planning permission to demolish outbuildings at the filling station on the corner of the Lower Salthill and Fr Griffin roads and to build a single storey expansion to the existing building in their place.

The planned extension includes a food preparation area, new deli franchise with seating and a new off licence, with other works including alterations to the existing store layout, new aluminium glazed shopfronts, rendered wall covering and corporate branding.

The filling station’s access point off the Lower Salthill Road will also be realigned and its boundary wall extended.

The other main aspect of the development, and one of the main sources of objections, is the plan to replace the current car wash and relocate it from facing onto the Fr Griffin road to the north east corner of the station.

The total cost of all the work involved in this expansion is expected to come to just over €300,000.

A total of 23 submissions were made to the city council with different objections to these expansion plans that focused on traffic, parking, noise issues, and potential anti-social problems.

Several residents said that there was not sufficient parking space for the increased traffic that would come as a result of the seated deli, and that the proposed realignment of the station’s access point would also hinder traffic.

The increased traffic posed a road safety risk it was said, due to large number of children walking and cycling to several schools in the area.

Concerns were also expressed that the new off licence would increase anti-social behaviour in the area.

The developer objected to this characterisation to the city council, saying that the off licence would be small in size and unobtrusively placed to the rear of the store.

The final area of objection for multiple residents were the plans for a new car wash to replace the one already present. Several submissions were made to the city council arguing that the noise is detrimental to local residents.

The developer said that the new car wash would be a quieter model which would be housed with a noise attenuation enclosure, and that it would not operate any later than 10pm.

A Noise Impact Assessment was submitted with this planning application which said that the noise generated would be “negligible and acceptable” alongside daily background noise. However, several of the objectors disputed the methodology behind the NIA.