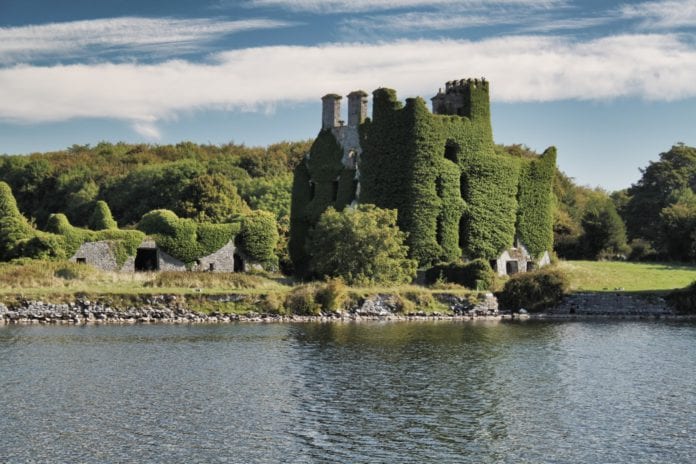 Galway City and County will receive €363,000 for the conservation and promotion of a number of archaeological monuments this year.

Minister of State Malcolm Noonan announced today that €6 million has been awarded to a total of 128 projects around the country under the Community Monuments Fund.

The main aims of the Community Monuments Fund are the conservation, maintenance, protection and promotion of local monuments and historic sites.

In Galway a total of nine projects have been approved for funding under the three streams of the fund.

Under Stream 1, offering grants of up to €85,000 for conservation and essential repairs, two projects by the city council have been approved funding, and three by the county council.

There has been €85,000 allocated for work on Terryland and Merlin Castles, and another €85,000 for Menlough/Menlo Castle.

St. Kerrill’s religious house at Clonkeenkerrill in east Galway has also been granted €85k, while €50k will be spent on Abbeygormacan in east Galway, and €80k on Kilclooney Castle in Milltown.

Stream 2 of the fund offers grants of up to €30,00 for conservation management plans and approving public access, with three projects in the county approved funding.

Issertkelly Church and Graveyard, located between Ardrahan and Kilchreest, has been allocated €29,109 in grant aid.

The county council will also receive €16k for Killeroran Church and Graveyard in Ballygar, and €15k for St Mary’s, Athenry graveyard.

The final stream of the fund offers up to €30,000 for enhancement of access infrastructure and interpretation of monuments, including online projects.

Just one Galway project qualified under this stream, with €3,000 awarded for Tuam Market High Cross.

Minister of State Malcolm Noonan said that these awards will help deliver the commitments in the new national heritage plan launched earlier this year.

“It will provide further supports for communities and custodians and the heritage sector, for archaeologists, conservation architects, stone masons, and other professional trades.”

“These projects will also help build resilience against extreme weather and mitigate the impacts of climate change, a priority action embedded in our Climate Adaptation Plan.”

The Community Monuments Fund was first established under the Jobs Stimulus Package in July of 2020.

In its first year it received €1.4 million to distribute, increased to €4.2 million last year, and now at €6 million.

The fund is administered through the National Monuments Service of the Department of Housing, Local Government, and Heritage, working with local authorities.