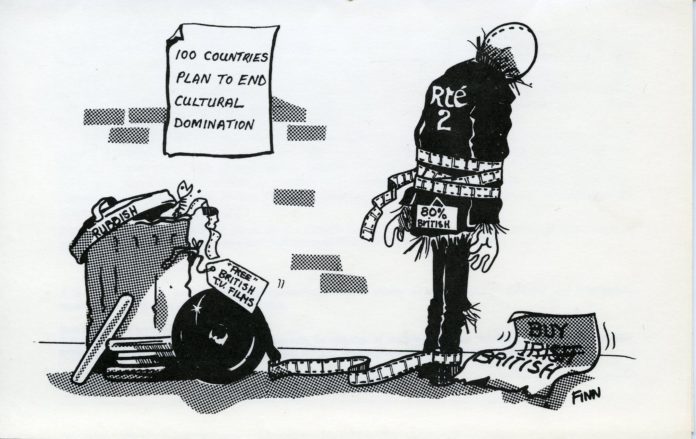 The archive of Conradh na Gaeilge, Ireland’s oldest Irish language organisation, has been catalogued and launched by NUI Galway.

The documents cover more than a century of Conradh’s existence, campaigning and achievements and provide an unparalleled insight into linguistic, cultural, social and political aspects of Irish history.

In 2018, following discussions instigated and led by Dr John Walsh, the University’s Library became the custodian of the archives.

It consisted of more than 600 boxes of material and over 600,000 pages, making it one of the largest collections ever deposited with NUI Galway.

President of NUI Galway, Professor Ciarán Ó hÓgartaigh, said: “Our University is committed to the Irish language through our Straitéis don Ghaeilge.

“We are here for the public good and to sustain the communities which we serve. Now that the archive has been catalogued, it will be widely available for use as a significant resource for teaching and research.”

Dr Niall Comer, President, Conradh na Gaeilge, said: “The professionalism and dedication of the staff show that we made the correct decision to locate our valuable archive in NUI Galway and I would also like to thank the Department of Tourism, Culture, Arts, Gaeltacht, Sport and Media for their continued funding and support for this project.”

Every decade is represented in the archive, from the founding of Conradh na Gaeilge in 1893 to the deposition of the collection with NUI Galway in 2018.

Conradh na Gaeilge was actively involved in promoting, observing and documenting the use of Irish across all aspects of everyday life. Highlights in the archive include:

The archive includes material relating to music, sport, drama, religion, politics and events such as the annual Seachtain na Gaeilge campaign and Oireachtas competitions which celebrate their 120th and 125th anniversaries respectively this year.

It also features the Timirí (organisers’) reports, which provide detailed information on changes in Irish society mainly during the 1960s and 1970s, and some reports from the 1920s.

Dr John Walsh, Associate Professor of Irish at NUI Galway who led the acquisition of the archive, noted its significance to the research community.

“This collection is a very valuable resource for researchers because it illustrates Conradh na Gaeilge’s pioneering work in various areas, for instance the campaigns for radio and television services, all-Irish schools, a democratic Gaeltacht authority, the status of Irish in the EU and language rights on both sides of the border.”

John Cox, University Librarian, said: “Promoting and supporting the Irish language is a priority for the University and Library.

“Our engagement in cataloguing and making available for teaching and research an archive of such scale and significance is a source of great pride and represents the fruition of an excellent partnership with Conradh na Gaeilge.”

For more information about the Archives and Special Collections at NUI Galway visit http://library.nuigalway.ie/collections/archives/