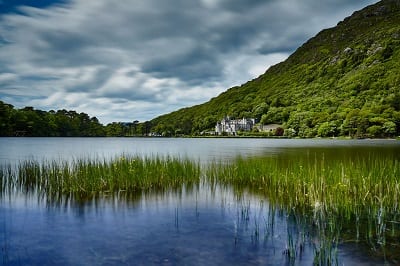 A networking event for the local tourism industry in Connemara and the Aran Islands this month will look at steps taken to create a longer, more prosperous tourist season.

The event is being organised by the Connemara and Aran Islands Tourism Network along with key partners Fáilte Ireland, the County Council, and Údarás na Gaeltachta.

It will take place at Peacocks Hotel, Maam Cross from 10am to 3pm on Wednesday, March 13 and is open to all in the tourism industry.

A key part of the event will be the delivery an update on the Visitor Experience Development Plan for the Connemara Coast and Aran Islands which was launched by Fáilte Ireland last March.

The day will also serve as a networking event for people in the tourism sector in the west of Galway to work together on cross selling.

Miriam Kennedy, Head of the Wild Atlantic Way at Fáilte Ireland, urged local businesses to come along for an update on the progress of the Visitor Experience Development Plan.

Seeing this plan through will “encourage continued growth in visitor numbers to the region by extending the tourism season and spreading business across all parts of the region,” she said.

Alan Farrell, Acting Director of Services at Galway County Council said tourism is a key part of the economy in Connemara and the Aran Islands.

“I believe that collaboration is critical for the success and growth of tourism and the related sectors including the food and cultural sectors for which Galway is so renowned but in which there is much more to be achieved.”

He added that it is important for public and private stakeholders to work together towards common goals in drawing more tourists.

Meadbh Seoighe, Údarás na Gaeltachta, added, “The key to attracting visitors to visit and stay in Connemara is for the industry to co-operate and work together to promote this wonderful region.”

“Anyone in this business or about to open a business should come along and share their story. We can’t promote each other unless we know about each other.”

Anybody wishing to attend the Connemara and Aran Islands Tourism Networking Event can confirm attendance by emailing Agnes.ODonnell@failteireland.ie.