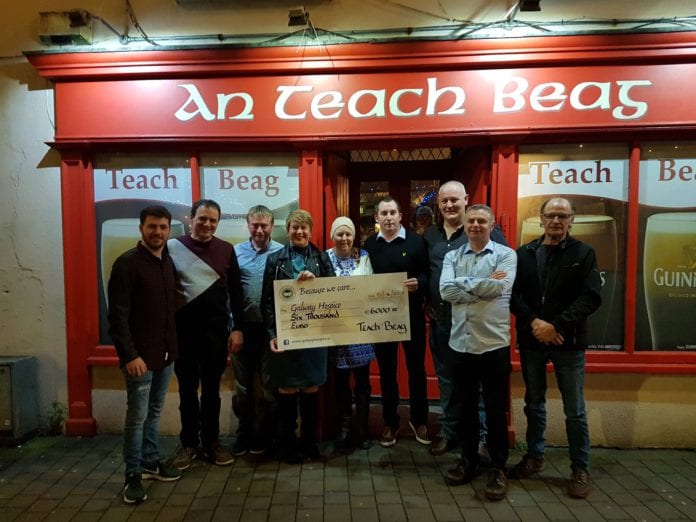 A recent Head and Beard shave in Loughrea brought out local support to raise €6,000 for Galway Hospice.

Galway Hospice said they were “particularly touched” to learn that a number of people had signed up to shave their heads and beards at An Teach Beag pub in Loughrea recently.

The hospice praised everyone who took part for their “selflessness and courage” and extended their gratitude to everyone who supported this event in the local community.

“Thank you also to Brian Daniels of An Teach Beag for his continued support.”

Sincere thanks to everyone who took part in a recent head/beard shave in An Teach Beag, Loughrea in aid of Galway Hospice, resulting in €6000 being raised for the organisation. #friendsofgalwayhospice pic.twitter.com/hr6w6d9H7b

Galway Hospice is the main local provider of palliative care with residential and day care facilities.

It heavily relies on the donations of generous souls to keep providing this essential service to look after the most vulnerable people in our society.