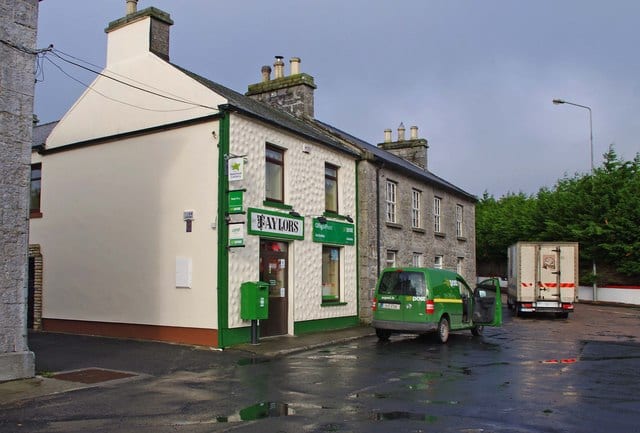 Residents in Ardrahan have expressed their anger and disappointment after the closure of their local post office after more than 180 years in business.

The post office – which also served as a shop – allowed locals to buy goods and use the postal service, and they will now have to drive to the closest convenience stores in Labane or Kilcolgan.

Responding to the closure of the post office in the village, East Galway TD Ciarán Cannon said that the loss of post office services to any community is ‘deeply disappointing and to be avoided if at all possible’.

“I’m in discussions with An Post management to determine how these services can continue to be provided to Ardrahan village and the local community,” said Minister Cannon.

People Before Profit’s Galway spokesperson Adrian Curran said that local residents in Ardrahan would be within their rights to hold a socially-distanced protest against the closure.

He blamed the government for the ‘decline of rural communities’ – which he said was ‘undeniable’.

“Over the last decade, rural schools, post offices and libraries have all been on the front line of so-called government rationalisation.

“When added to decline in agriculture, the future of rural Ireland looks quite uncertain. To reverse this decline will take a systematic investment and employment strategy,” said Adrian Curran.