Inis Meáin saw the opening of its new Community Centre and business innovation hub this week.

Minister of State for the Gaeltacht Jack Chambers opened the new community centre and gteic hub at Carcair na Leacht on the island yesterday.

The gteic – Digital Network of the Gaeltacht – is a serious of innovation hubs by Údarás na Gaeltachta meant to encourage the development of modern businesses, and make regional areas more viable to live in.

The provide facilities and workspaces with high speed internet access for remote workers to return to the Gaeltacht.

“Comhlacht Forbartha Inis Meáin has accomplished a significant feat in bringing this wonderful and beautiful facility to completion,” Minister Chambers said. “I congratulate them on their great vision, planning and diligence.”

“All of these efforts have resulted in the provision of a high quality community centre for the people of Inis Meáin which will support the promotion of business as well as the preservation of the Irish language.” 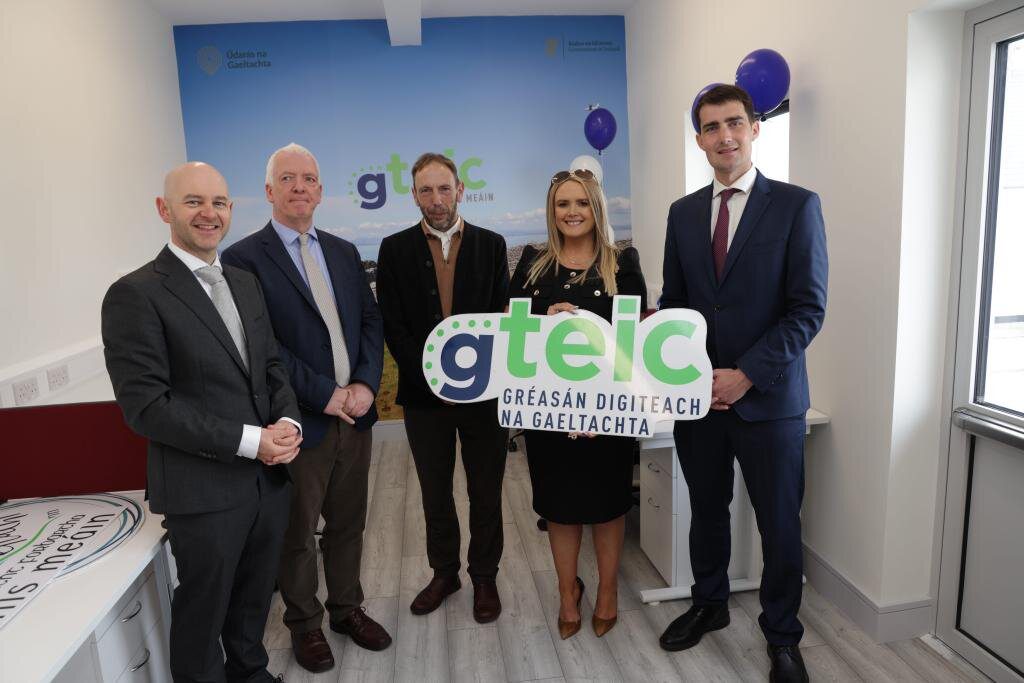 Gteic @ Inis Meáin is one of 10 digital hubs being developed by Údarás na Gaeltachta in the Galway Gaeltacht.

Minister Chambers said that it will provide opportunities for local entrepreneurs, while also allowing people to return to the island.