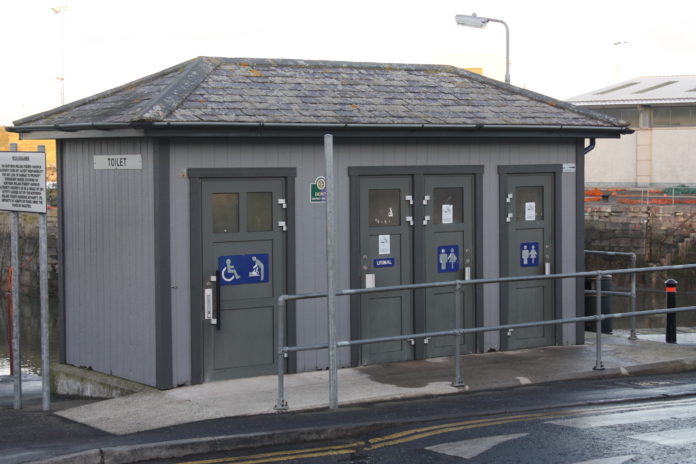 Cllr Owen Hanley has said that the city council should consider plans to address the shortage of public toilets in Galway City.

The Social Democrats councillor outlined short, medium and long-term strategies which would increase the number of public toilets in the city, which he says are essential – and not a ‘mere inconvenience’.

He said that in the short term, there are public bathrooms and changing facilities that could be opened immediately, such as those in the Arts Centre or An Post.

In the medium term, Cllr Hanley said that temporary facilities should be installed and a City Recovery Taskfoce be set up to oversee the next 12 to 18 months.

Communities and businesses in the Westend, Merlin Woods and Woodquay need access to public toilets, and facilities are needed for visitors and to make the city more attractive, he said.

In the long-term, he believes that permanent facilities should be installed.

“There are limited public toilets in the city and where we once relied on private businesses to make up the difference, under current circumstances we require intervention,” explained Cllr Hanley.

“The lack of facilities throughout Galway should not be seen as normal or typical. A lack of adequate restroom facilities greatly limits the enjoyment of the city and is also a gender, age and accessibility issue.

“Consider menstruation, pregnancy, families with buggies and toddlers, and carers – the majority of whom are women – assisting older people or people with disabilities.

“It may be the difference between people being able to make a visit into town or not at all.”